London has been warm lately, even by my standards, but I do love it – apart from the humidity!

I had another quite busy week but with a few relaxing evenings to myself to balance it out. Every year I get baffled by how busy the summer is but it’s a lot of fun!

Anyway, Monday I had a relaxing evening after work, mainly to recover from the fun weekend in the country (and catch up on those chores). I had toast for dinner, because I have those days too. It was too hot to cook and having cooked so much over the weekend I just needed a break. 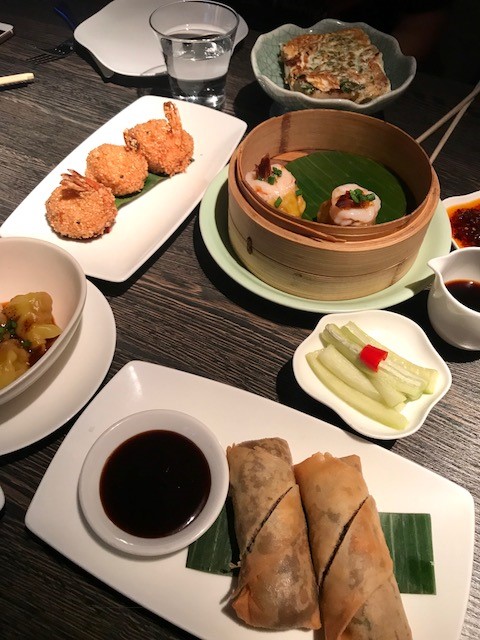 Tuesday I met up with my Swedish food blogger friend Malin who was in town with her daughter Ella. They were eating as much Asian food as they could as they both love it, and so we had dim sum at Yauatcha Soho for dinner. We had a lovely dinner and I just love the food there. It’s consistently very very good. After dinner we ran across the road to a really dodgy pub to watch the extra time and penalty shoot out between Colombia and England and after England had won people were singing and dancing in the streets of Soho. 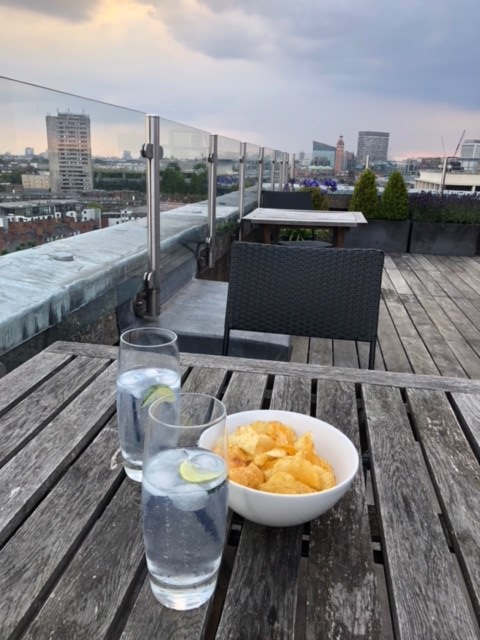 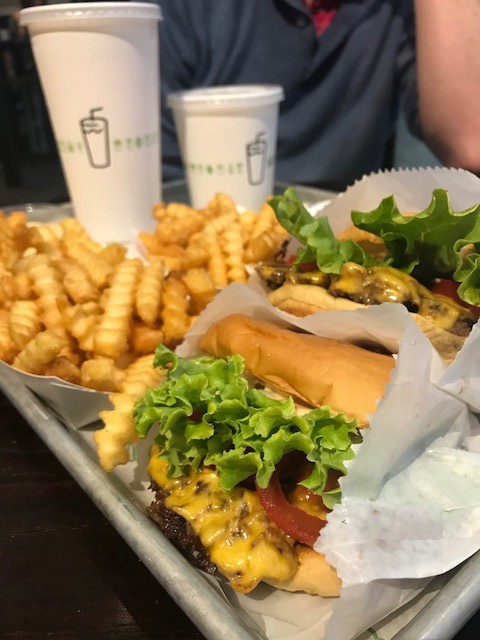 Wednesday the weather was a little cooler, but it was still lovely to have a drink on the roof terrace before heading to Shake Shack for burgers and cheesy fries. Then we went for a walk and finished the evening with an episode of Billions.

I had another quiet night on Thursday and made a lovely salad for dinner. And on Friday I was invited to the Roger Waters concert in Hyde Park in the evening, which was really hot and really good fun!

On Saturday I watched Sweden lose to my second team, England, (who deserved to win) and in the evening it was more football, with Russia v. Croatia. I also cooked (!) despite the heat and made a Quiche Lorraine, that we had with a nice salad and cold rosé. And ice cream for pudding. Ice cream and ice lollies are the best in the heat! 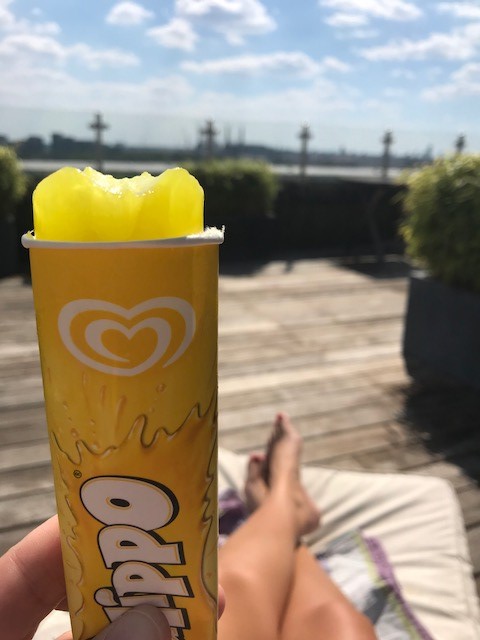 Sunday was a lazy day with a lie-in until noon, some chores at home and a nice afternoon in the sun on the roof terrace with the latest issue of Vogue; the best ‘me time’.

Onto the next week…

Sometimes when I meet my friends in groups of four, especially in a bustling restaurant or bar it feels like I’m part of Sex and the City. Partly probably because we talk a lot about men, but also because the surroundings fit. One Michelin-starred Yauatcha could have been in New York, it’s that type of vibe. And sitting there with four Americans, it’s easy to pretend. It was high pace, lots of chatter, cocktails and dim sum. 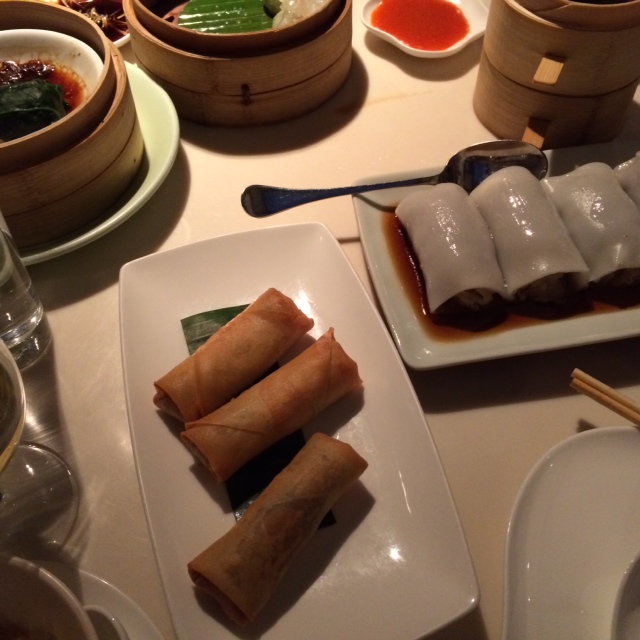 The crispy spring rolls with mushrooms and black truffle was another favourite. The cheung fun to the right was also really good, I think they were filled with pork (char siu). 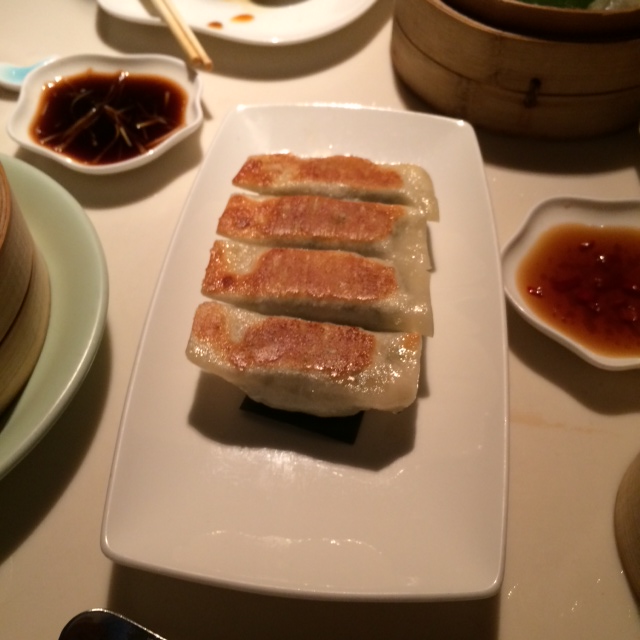 These pan-fried dumplings with chicken were also really nice. Although my favourites are the steamed dumplings but I like to change it up texture wise too. 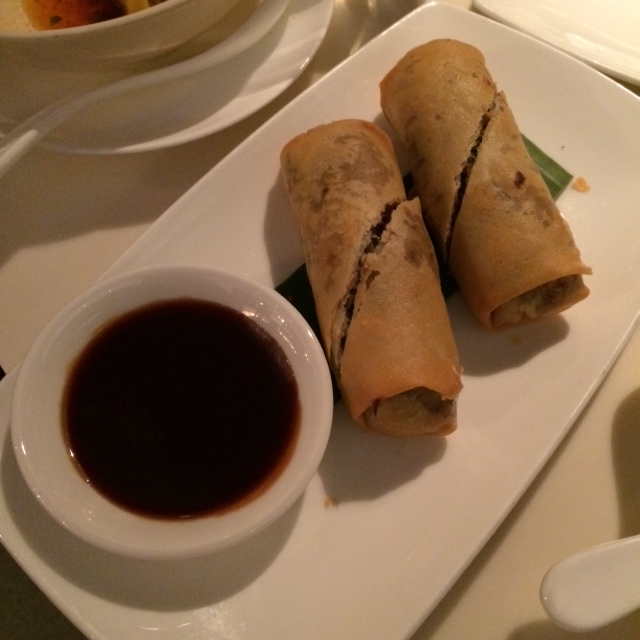 My absolute favourite of the evening was the steamed dumplings with lobster, tobiko caviar, ginger and shallots. So good!

I always order turnip cake when in a Chinese restaurant and this was definitely the best one I’ve ever had. It was soft and almost fluffy and sprinkled with chives. 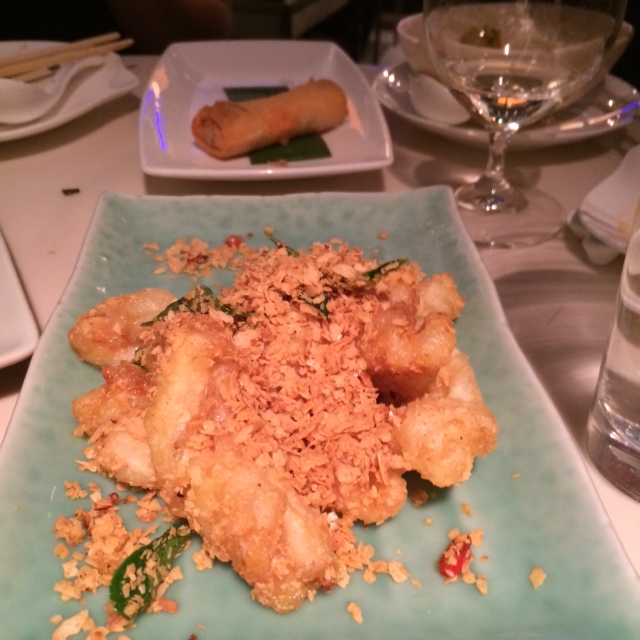 The others were almost fighting over the squid with chilli, oats and curry leaves but I wasn’t a huge fan. I love squid and it was well-cooked (crispy topping, soft fish) but I think it was the addition of the oats that didn’t appeal to me.

We only had (although quite a lot of it) dim sum, but there are plenty of main courses and puddings to chose from too. The restaurant feels very cosmopolitan and lively and the kitchen definitely deserves its star. The lower ground floor is a bit quieter if one’s not in the mood for the hustle and bustle.