Siem Reap, the town near Angkor Wat, is quite small and touristy so finding a nice place to eat is actually quite difficult. But Ro and I were pleasantly surprised by Khmer Food Restaurant near the market. First we shared a portion of summer rolls that were nice and fresh (although towards the end of the trip we had sampled both good and bad ones and I was a bit tired of them to be honest).

I completely forgot to photograph Ro’s soup which was really nice and fresh with prawns, winter melon and other fruits. It was quite different to other soups we tried and very soothing!

My main course was water spinach (which I love!) with garlic and chilli and pork mince with oyster sauce. Really nice! 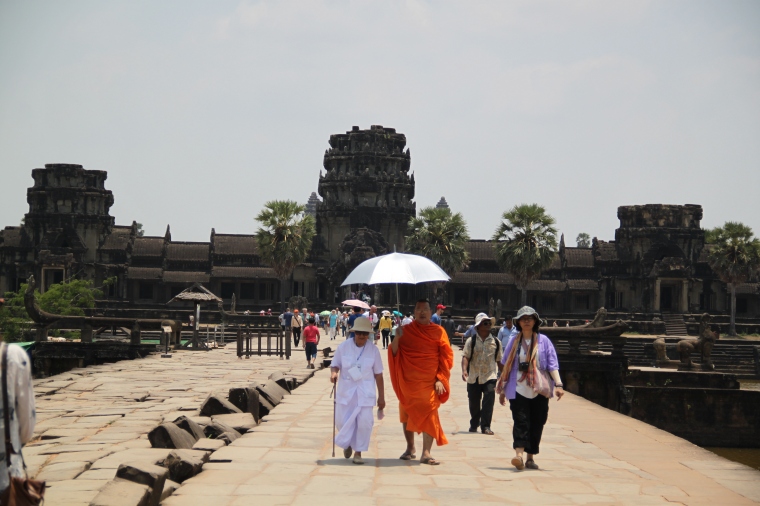 After we landed in Siem Reap we dropped the bags off at the hotel and then went straight to Angkor Wat for some serious temple sightseeing until sundown. It was great but one day (most people recommends three) was enough for me.

Afterwards we had dinner at Marum, a restaurant school for delinquent kids. The restaurant is very popular but we managed to get a table without having a reservation, but do book ahead if you’re going.

The food was not very consistent; some dishes were nice and some just OK. The service was also shaky, which I don’t mind so much as it is a school, but I still think the food should be up to scratch considering it’s a proper gourmet restaurant – school or not. There are plenty for the cooking students to do that won’t impact the final dishes as much as it did.

The above salad with chicken and green mango and served with rice crackers was one of the nicer dishes. Really fresh flavours!

The duck croquetas wuth hoisin dip were great – definitely the best dish of the evening.

The grilled ribs with apple and radish salad had a nice flavour but the meat wasn’t tender enough. 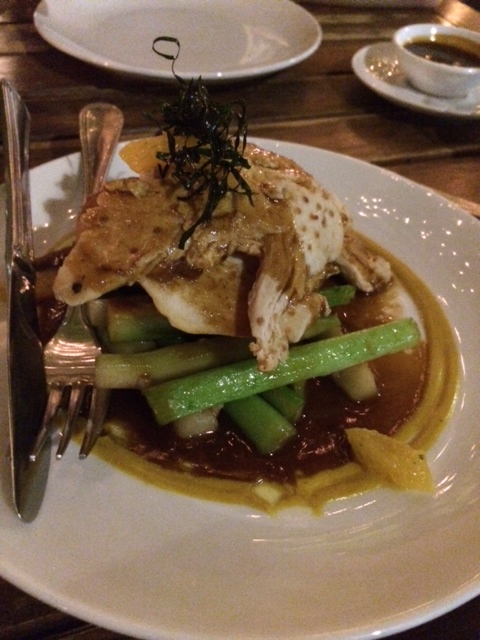 And the jasmine tea smoked chicken with honey and orange glaze and broccoli stems seemed amazing on the menu, but was a bit of a let down actually. The chicken was dry and the smoky flavour too dominant.

The restaurant is featured in Lonely Planet and although the charity behind it has a very worthy cause I must say the restaurant feels very touristy, but it’s still nice.