We arrived Visby in the afternoon, having been up since 5am, so we were quite happy just walking around the town for a bit (taking some photos) and then have an early no-fuss dinner. 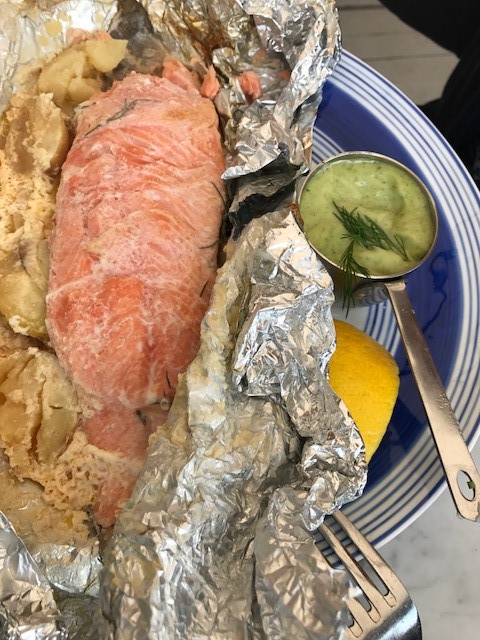 We ended up at Donners Brasserie and sat outside people-watching (so much fun when most people were dressed in medieval attire). You could tell it was the end of the season as none of the restaurants were full up but at least we were not alone dining here.

The menu was quite simple and although the smoked prawns for a starter appealed we were all starving and went straight for the main course.

Mother had arctic char with potatoes baked in tin foil and served with a coriander mayo. Not ground-breaking but it was cooked well.

I had the steak with bearnaise sauce and fries. The meat was slightly over-cooked but still nice.

Father had the largest portion (so generous!) of lamb racks I’ve ever seen, with sautéed vegetables and a potato salad.

The food was nice, and not very elaborate but I can see it appealing to the crowds in the summer. It was all fresh and cooked well just lacking a bit of oomph.