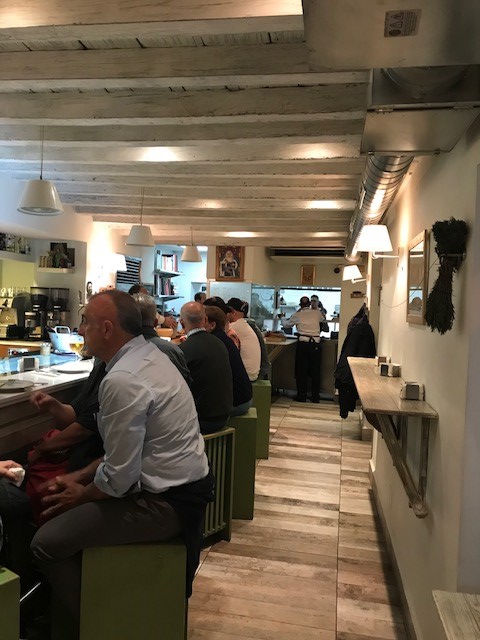 I found Malaga a lot more touristy than Seville, and the type of tourists differed too. In Seville most tourists seemed to be Spaniards from different parts of the country but Malaga with its harbour, seem to attract tourists from all over Europe. And because of this there are copious amounts of tourist trap style restaurants littered around the central parts, which as you know, are not my thing. 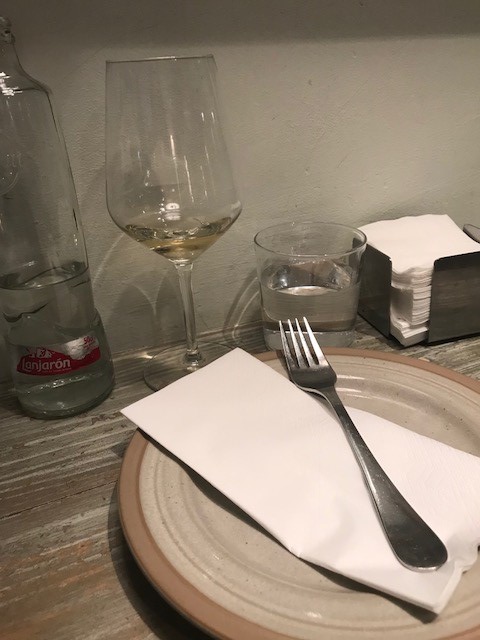 Instead I did some research, and found La Cosmopolita mentioned lots of times as a nice restaurant.

And it was! I had a wonderful dinner here and almost went back a second time. Looking back, I regret not doing that, as where I ended up for lunch was a lot inferior, but I was rather embarrassed from almost fainting on my first visit.

The waiters were very sweet though, and made sure I got a chair (as I was standing in the tapas bar), water and something sugary. One waiter even followed me to a taxi to make sure I got home alright, which was really sweet.

But the service was like that; thoughtful and sincere, even though the restaurant was buzzing with people and all waiters were rushing around seeing to everyone.

The cooking was on par; and I thoroughly enjoyed the best Russian salad (with Jamon Iberico on top!) I’ve ever had, the most amazing cod tempura with shiso, and bread. I would have liked to have more, but as I didn’t feel very well I thought it best to go back to the hotel and lie down.

The tapas portions (which were not on the actual menu, but the items were) were quite large though, so I doubt I would have needed much more, but I would have like to try more dishes!