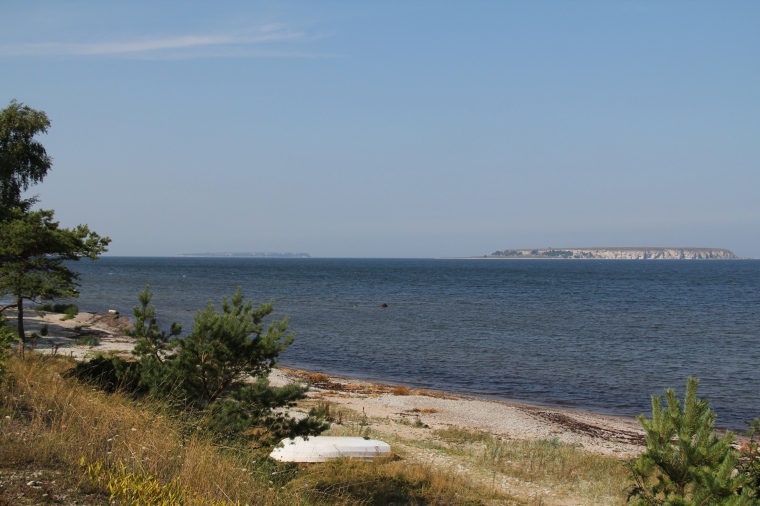 Our second full day on Gotland we wanted to cover as much of the remaining half of the island as we could. We drove south and the first stop was near Djupvik to try to get a glimpse of the two islands called Karlsöarna. The large one is barely visible to the left but the small one you can see very well to the right in the photo.

The coast here is gorgeous with wild flowers and clear water. It was too cold for a dip, sadly, but still enjoyable.

We got back into the car and drove further south, stopping when a photo opportunity presented itself (which it did quite often). The roads here are quite small so it’s easy to stop and get out with the camera. 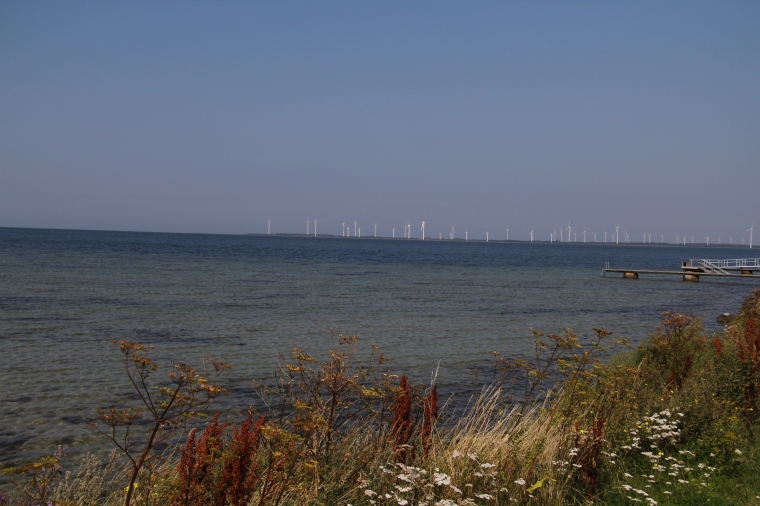 Eventually we made our way down to Burgsvik and got out for a walk around the little harbour.

The local smokehouse had a food truck there, so we bought some lunch to take with us to our next stop. 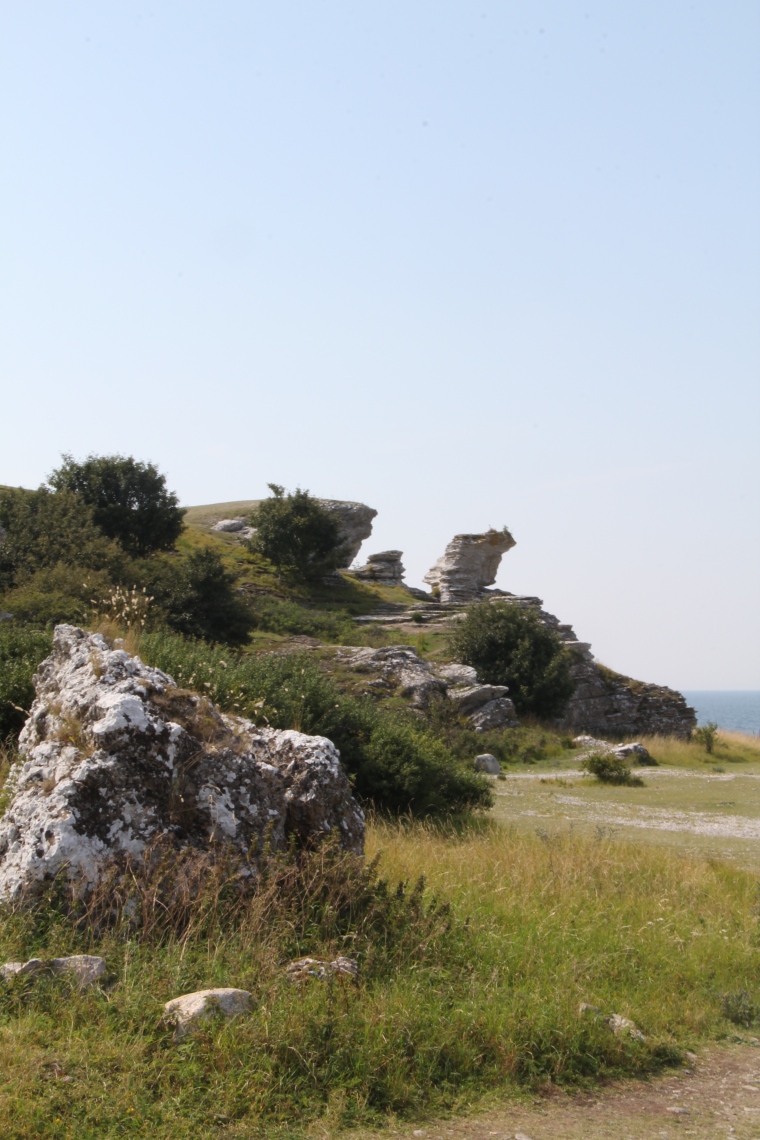 Which was Hoburg, on the south-west corner of the island. There are large stone formations here, just by the waterfront. One of the large rocks is shaped like the face of a man and so the rock is called Hoburgsgubben (the old man from Hoburg).

I struggled to see it though, but apparently this is him, but from the wrong angle. 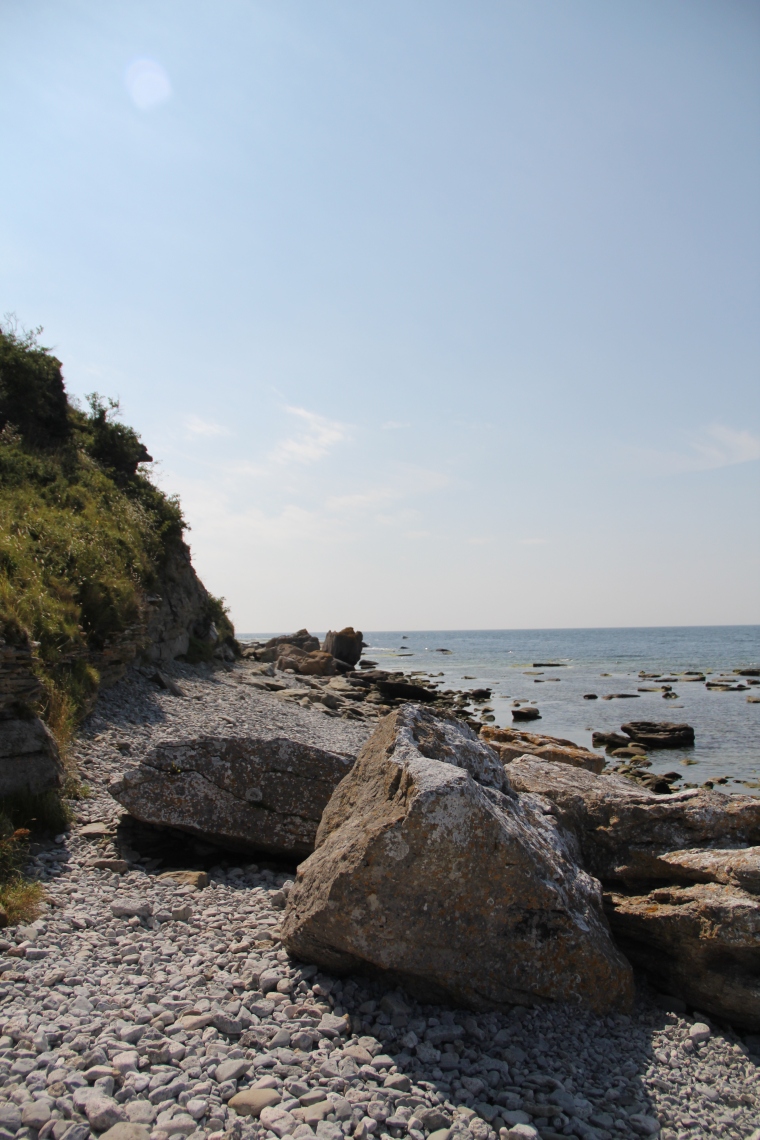 It was lovely to just walk around here, though. And grab one of the picnic tables and eat our lunch. We had smoked prawns (they are SO delicious!), aioli and fresh crusty bread from a bakery. So lovely!

Next we stopped at Folhammar to look at more raukar (the unusual stone formations local to Gotland). It’s so cool to see and so different to the part of Sweden where I grew up.