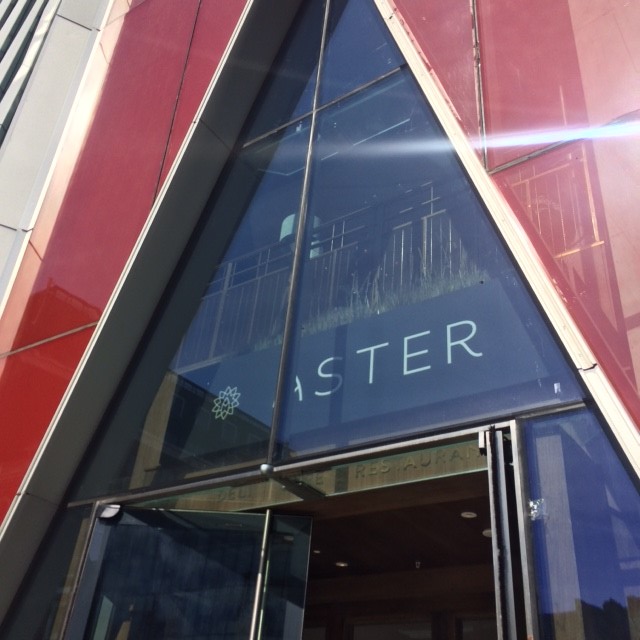 The building works near Victoria station has been going on for years, but now some parts of the development are finally ready. The rest is still a building site but the whole Nova area is brand new and quite exciting. There’s a Shake Shack (yum!), Franco Manca (yes, please!) and lots more restaurants to explore. The Scandinavian one was the first one I tried out, with my dear friends Gaby and Rowena for lunch one weekend.

Aster, as the restaurant is called, has a very nice interior (like all D&D London restaurants) and has a café area, restaurant area, bar and deli.

We had lunch in the café area but it still felt restauranty enough for a lunch.

With lots of familiar items on the menu it was difficult to choose but we got there in the end.

Gaby had the meatballs with potato mash, cream sauce and lingonberries. Really nice and I got a small case of food envy (even though my homemade meatballs are really nice too!).

I went for the smørrebrød (open-faced Danish sandwiches). One with pork belly, apple sauce and lovely crackling on rye. 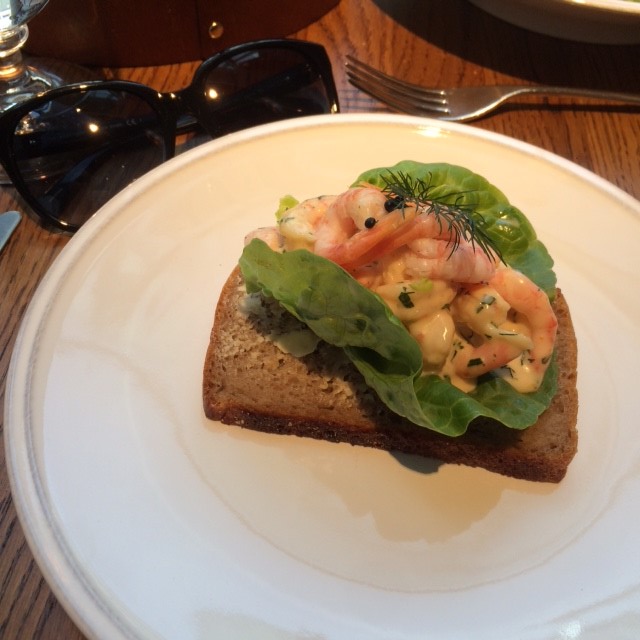 And one with prawns and mayonnaise. The pork sandwich was lovely and ticked all the boxes but I was disappointed with the prawn sandwich. It tasted nice, but I would have expected at least the double amount of prawns. Smørrebrød always have more toppings than bread but here that wasn’t the case.

Rowena had the Aster Caeser salad with prawns, smoked vendace and rye croutons, but it arrived without the fish on the plate (!) and we had to ask for it. Then it took quite a while until the complete salad arrived and it was also smaller in size than the first one.

The food was nice though (not wow – but nice) so we had pudding as well. Rowena had the apple cake with custard above which was really nice. 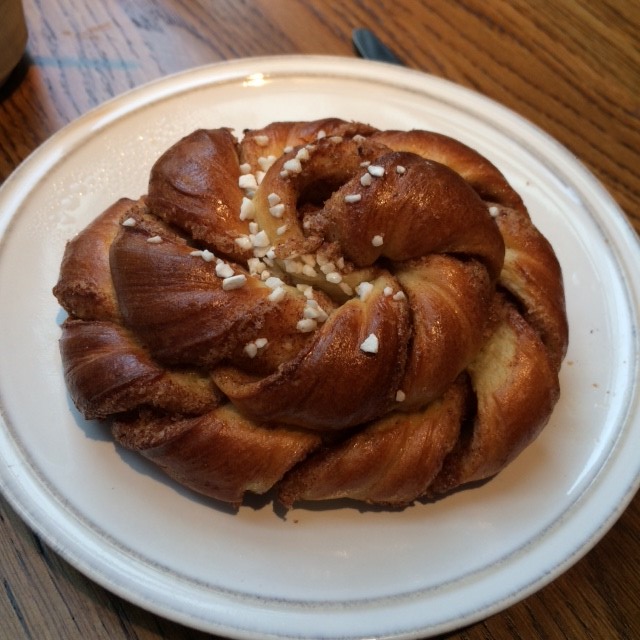 And Gaby and I had a cinnamon bun each which was amazing. Still warm, buttery and lovely. We also spied people around us having afternoon tea which looked great so definitely want to go back and try that.

There are definitely a few tweaks to be done here, both when it comes to food and service (it was rather slow and wobbly) but hopefully it was all teething problems and it’s fixed now.

When we arrived to Gothenburg a few weeks ago, it was on a Friday morning. We went to my friend’s flat and dropped our bags off and then met up with him for lunch. He was busy at work so we chose a place close to his office.

When I walked in to Restaurang Kungstorget I recognised the gold-coloured chairs and dark sofas because we went here for cocktails last time I was in town. I had no idea it was a restaurant by day and was quite surprised when the food came out looking so good. Prejudice – me?! -No.

Linus chose the meatballs served with a creamy sauce, mash and lingonberries. A plate of Sweden basically.

I started regretting my choice of salad when I saw the meatballs, but my salad with plenty of fresh prawns, egg and mayonnaise was nice too.

Laura chose fried haddock with boiled potatoes and creamy sauce. Yes, Sweden is all about the creamy sauces. A nice place with nice food, all very Swedish actually.