Last week was a short work week, as the Monday was a bank holiday, but it felt longer somehow. Why is that always the case after a long weekend!?

As I was tired I stayed in on Tuesday, unpacked the last bits from the weekend and just took it easy.

But on Wednesday I went to the National Theatre (about time after having lived in London for ten years…) to see Shakespeare’s Macbeth. It was very dramatic and very, very good!

Before the play we had dinner at one of the restaurants in the theatre. Very convenient, rather than rushing from place to place and nice food. 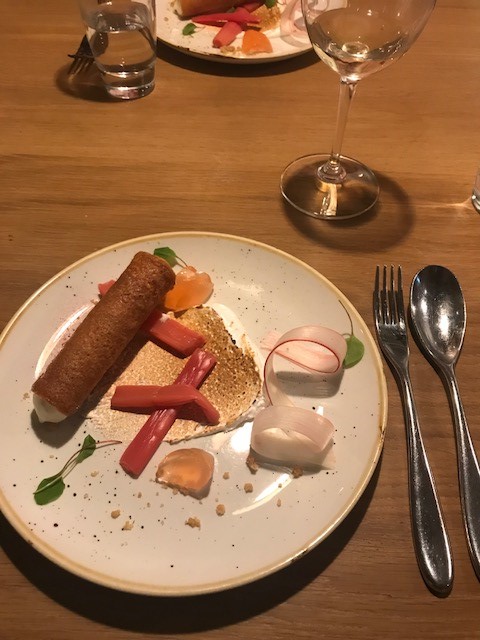 Thursday was another quiet evening at home, and I enjoyed every second. Friday I went to the cinema and saw The Guernsey Literary and Potato Peel Pie Society. It was cute and very British (about half the cast were previously in Downton Abbey) but not amazing, much as I expected.

Saturday and Sunday were very chilled, and as the weather was rubbish I thoroughly enjoyed staying indoors with scented candles, nice food and binge watching Madam Secretary. Sometimes I really crave some down time and that’s exactly what I needed this weekend. Now I feel ready to tackle another busy week!