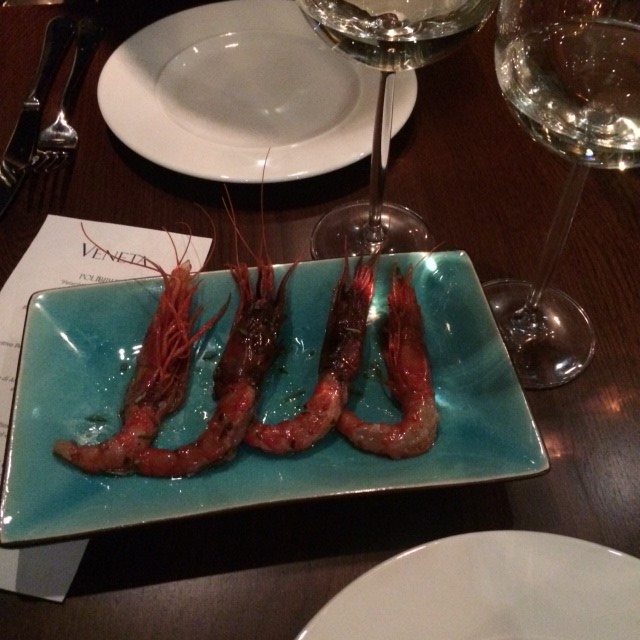 SaltYard Group, the company behind favourites like Ember Yard and Opera Tavern recently opened a restaurant in the newly redeveloped area of St James’s, just next to Swedish Aquavit actually. Called Veneta it has a distinct Italian, and Ventian, cuisine, compared to the other restaurants with a more Spanish menu.

I assume it’s because of my frequent visits to Opera Tavern (I wonder how many times I’ve eaten their mini pork and foie gras burger) that I was on the mailing list for Veneta’s soft launch.Either way, I was quick to book a table and went there one night after work with my friend Ro.

As it was a soft launch they offered 50 % off food in exchange for trying things out on us, and requesting feedback. 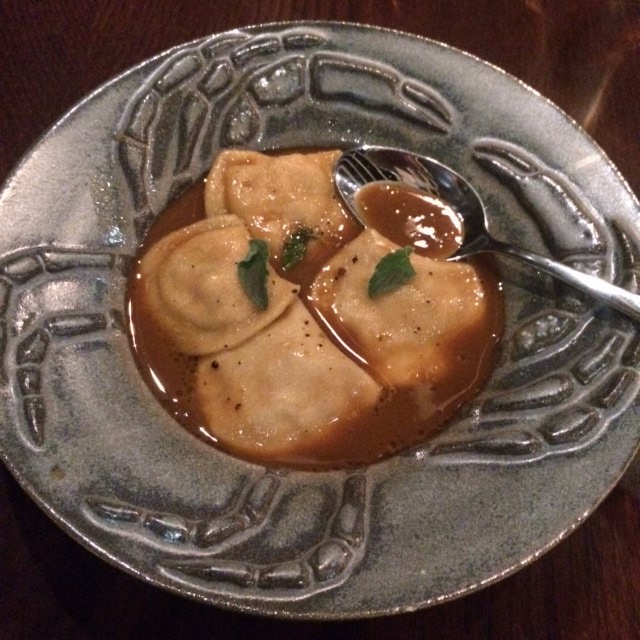 Just like the other restaurants in the group, Veneta’s menu consists of small dishes perfect for sharing. I was super excited to see a whole section of the menu devoted to crudo, i.e. raw fish and seafood, which I love and we quickly ordered the raw red prawns with rosemary (top photo). They were plump and sweet and very fragrant from the rosemary. Lovely! Next time I want to try the raw red prawns with lardo.

Next we had the tortelloni, filled with red prawns and served in a seafood broth. It was nice but didn’t blow us away. 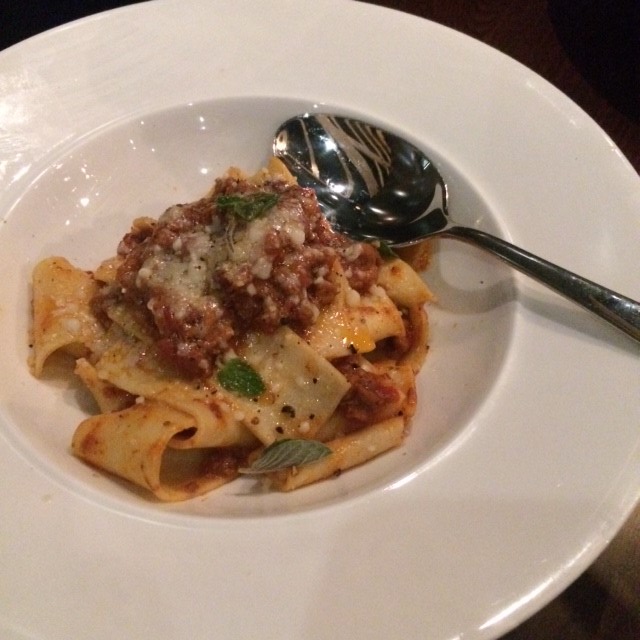 The goat kid ragu with pappardelle however, did. It was just amazing and I predict it will become one of their signature dishes (if it isn’t already!). 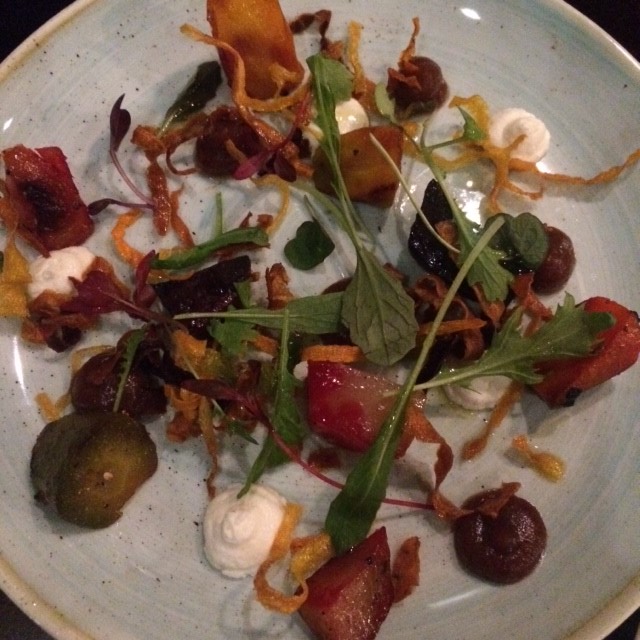 The salt baked carrots and beets with sheep ricotta, date purée and oregano was lovely and the plate was as pretty as a picture. It’s fun to see the vegetable dishes getting as much care and attention as the meat and fish dishes. 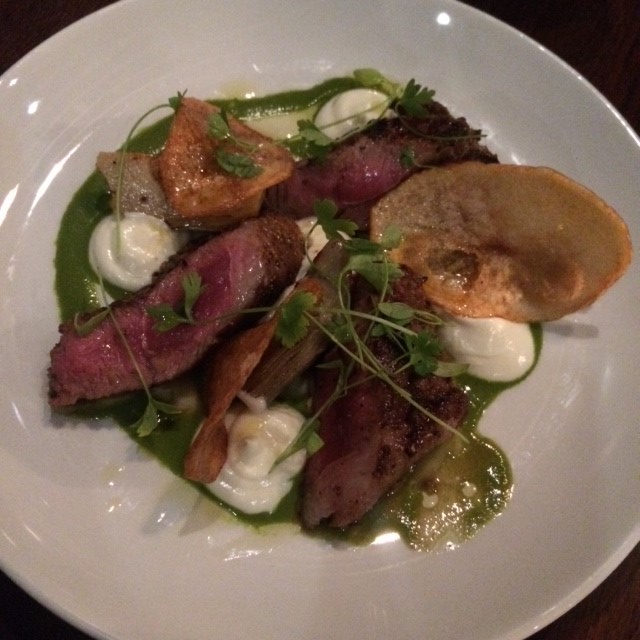 The lamb with chard, lamb fat crisps and caprini fresco cheese was another amazing dish I’ll come back for. 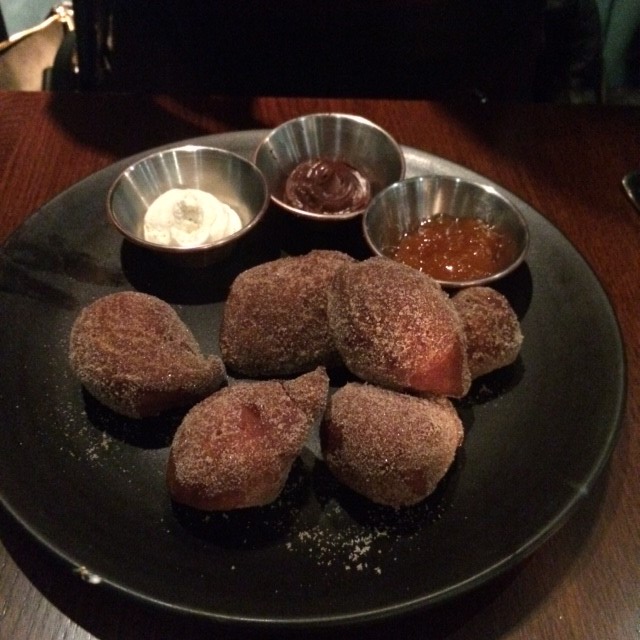 For pudding both Ro and I were set on having one of the amazing sounding sundaes but they were all sold out (sob) so we had a rethink and settled on fritelle doughnuts for Ro and tiramisu for me. 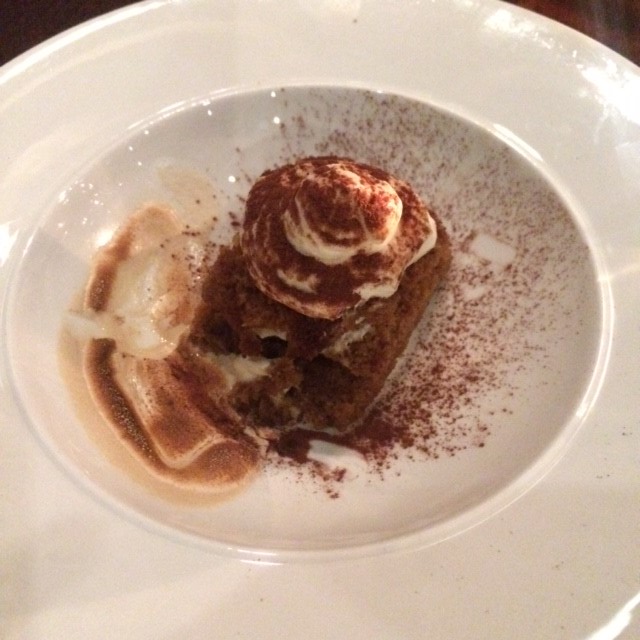 The doughnuts were rather compact and chewy but that could have been intentional, as neither of us have had Italian doughnuts before. The taste was lovely though and chocolate sauce, whipped cream and jam works every time. The tiramisu was really nice but lacked a little in presentation I thought.

I could definitely see some teething problems here, like the tables being too close together (it felt like we had dinner with, not next to, our neighbours) and the waiting staff didn’t seem to have worked out a routine yet, but that’s also the whole point of this trial run soft launch.

Food wise I think the savoury dishes were very good and thought out, whereas the puddings could have done with a little more work, however I’m still intrigued by those sundaes and hope they haven’t sold out on my next visit.

I have already planned my meal. Definitely lots of crudo, the kid goat ragu and the lamb. And that ice cream.