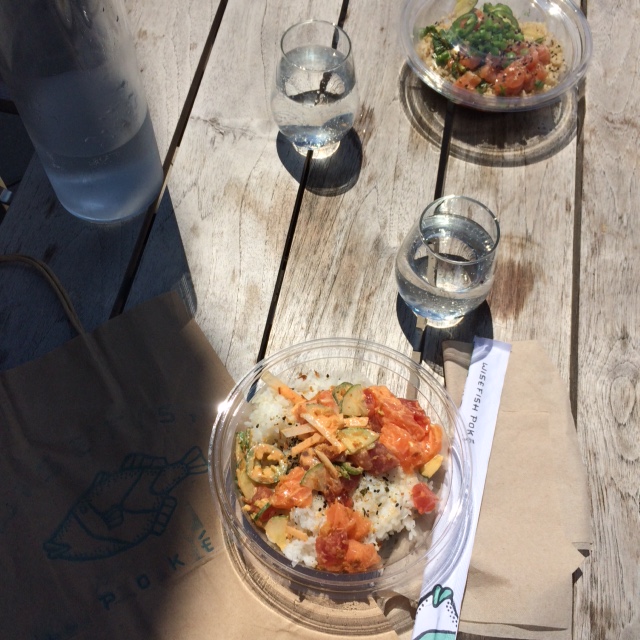 One of the days in New York I met up with my friend Malin from London who moved to New York a while ago. We usually meet over food and as it was lunch time Malin suggested a takeaway from  Whitefish Poké, which we ate on the roof terrace in her building. 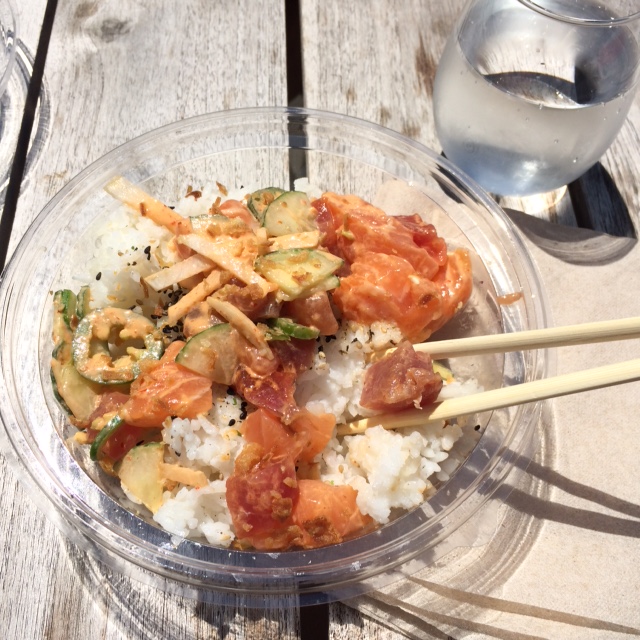 It was the first time I had poké; the Hawaiian rice bowl topped with raw fish, but it’s popular in London too. Whitefish Poké is a bit like a Chipotle but for poké; you start off by choosing a base, then which fish and lastly which toppings you want. I had white rice, half tuna and half salmon, and topped it with jalapenos, crispy onions, cucumber and spicy mayo. Really nice!

It was the perfect food for a hot summer’s day in Manhattan, cold and fresh, but more substantial than a salad. 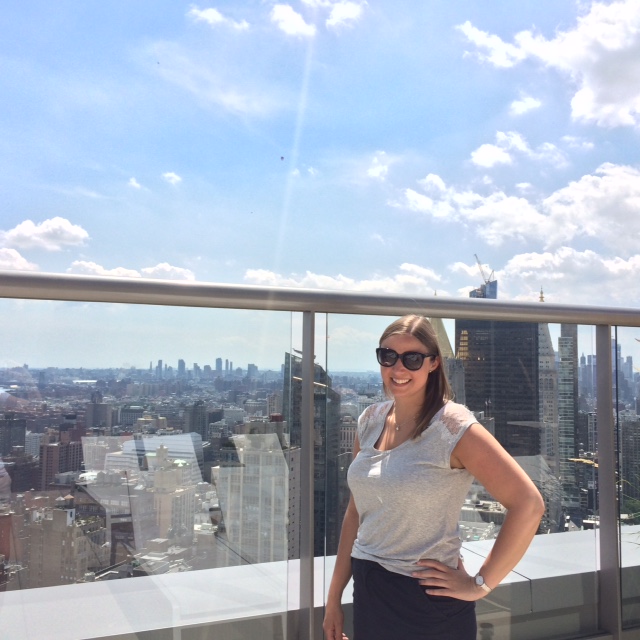 I had such a lovely time catching up with Malin, and later the same day with my friend Lama, and I thought it was really nice to see what their lives are like here. To get to peek into their homes and see their neighbourhoods, so I easier can picture their lives here.