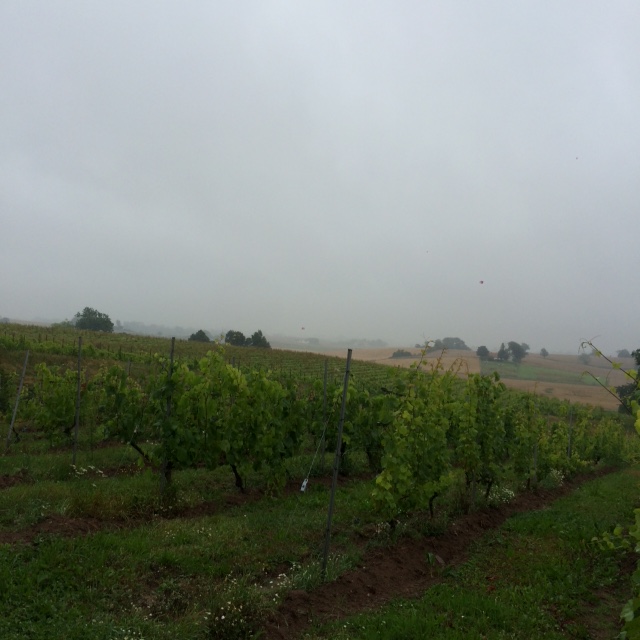 When I was little Hällåkra was a farm nearby our house, but the last twelve years or so the farm has been transformed into a vineyard. In the south of Sweden. It may sounds strange as some people imagine Sweden as an eternally cold country. But it’s not. Not in the south anyway. My mother has a fig tree, so the climate here is fairly mild. Very similar to Kent in England or even northern France, yet Swedish wine was unheard of until a few years ago. 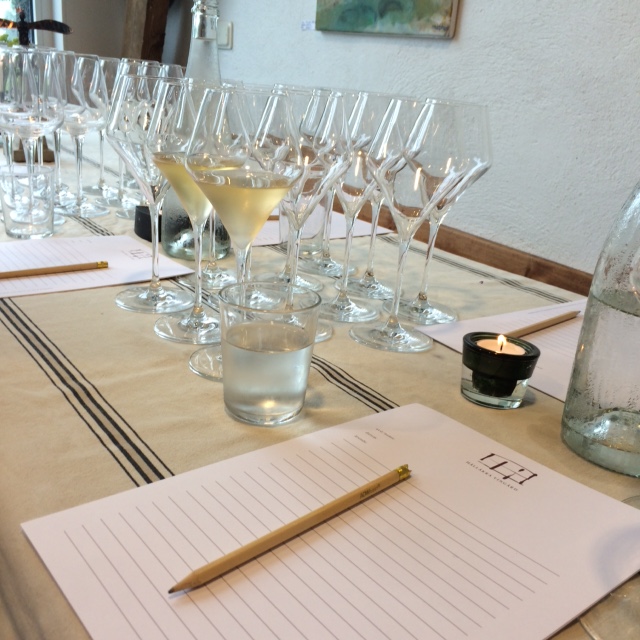 Anyway, having a vineyard so close by I’ve been dying to go, but fitting it in on my trips to Sweden has been a little difficult, but this summer I persuaded my friends to come with me, so we went to the wine tasting in the afternoon and then walked back to my parents’ house for dinner in the evening. 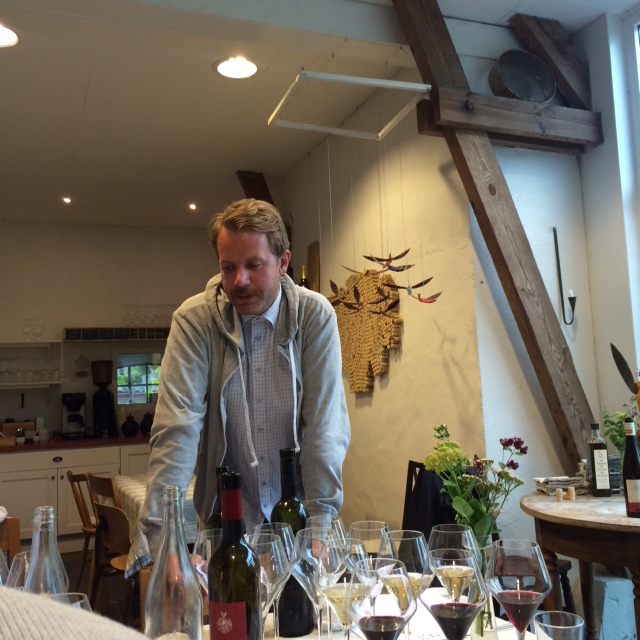 My childhood friend Karl is now a sommelier working at the vineyard and was in charge of our wine tasting. He did a great job keeping it relaxed but informative and interesting at the same time. We asked lots of questions which Karl patiently answered, and despite the heavy (London-like) rain he also took us on a tour among the grapevines.So impressive! And a lovely walk in the sunshine. 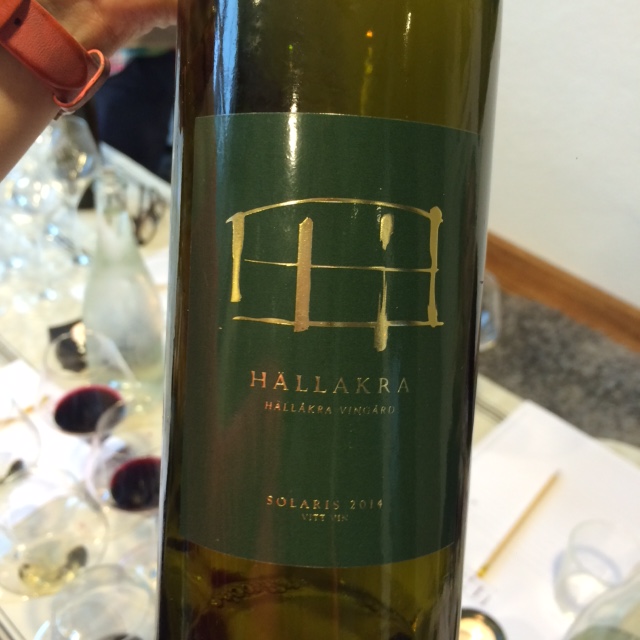 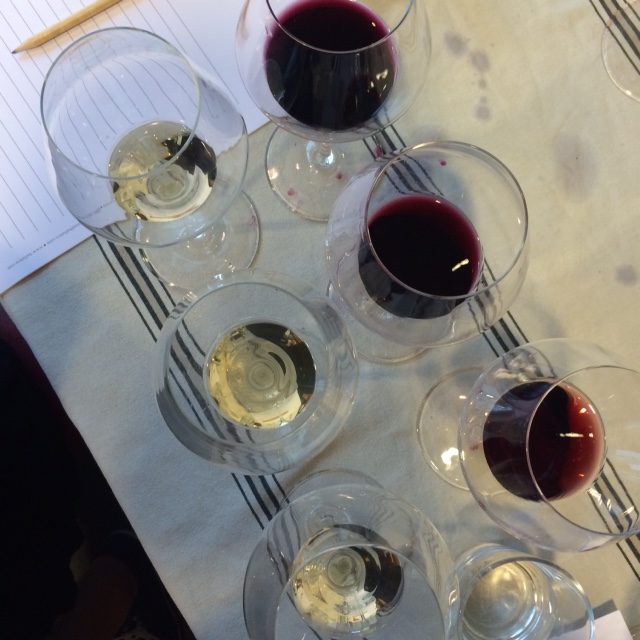 We tried six wines, three whites and three reds, and it was very interesting to compare them.

Two of the whites were from their own production but different vintages, and it was very interesting comparing the two as they were very different. We tried the Solaris (that’s the grape) from 2015 and 2014, which were both really nice but my favourite was the 2014. Of the reds Hällåkra’s Rondo 2013 was lovely as was the Austrian Gut Oggau Josephine 2012. 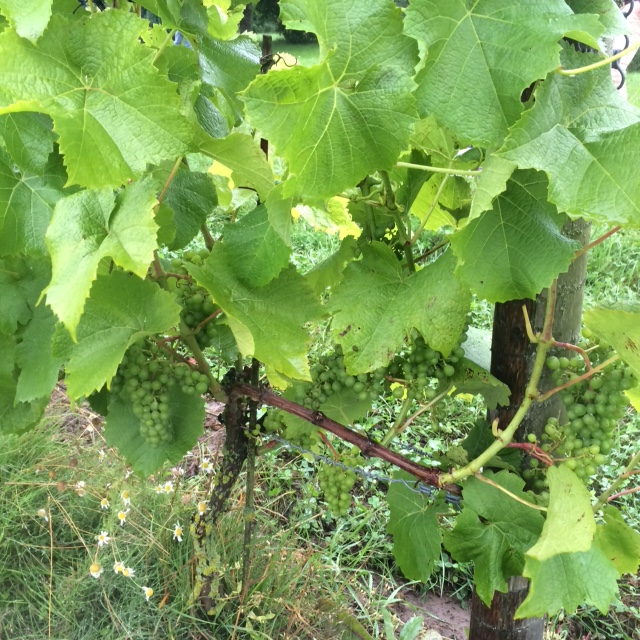 In Sweden you (unfortunately) can’t buy wine straight from the vineyards, but they can be bought through the government-owned shop Systembolaget, using what the call private import as it’s not readily available in their shops. More information, here, in Swedish. 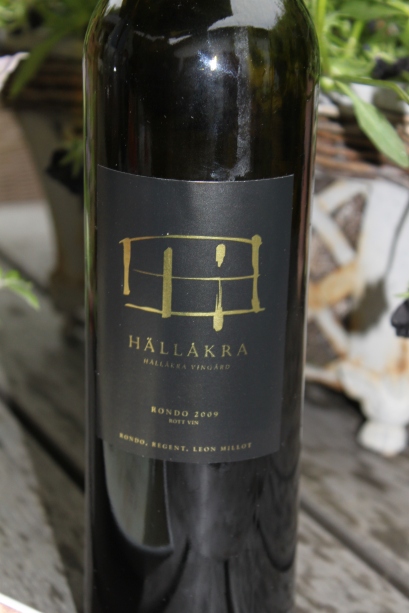