One of my trusted London restaurants is Opera Tavern on Catherine Street. I’ve been there lots of times and every time I have thought to myself that I need to visit the place next door soon, because it just looks so nice.

Soon seems to be a relative term for me; it took me a few years to actually go but a while back I finally went to Mishkin’s! I had lunch here with my friend Marie-Louise who also works in the area and it was just as nice as I had hoped it would be (company included). 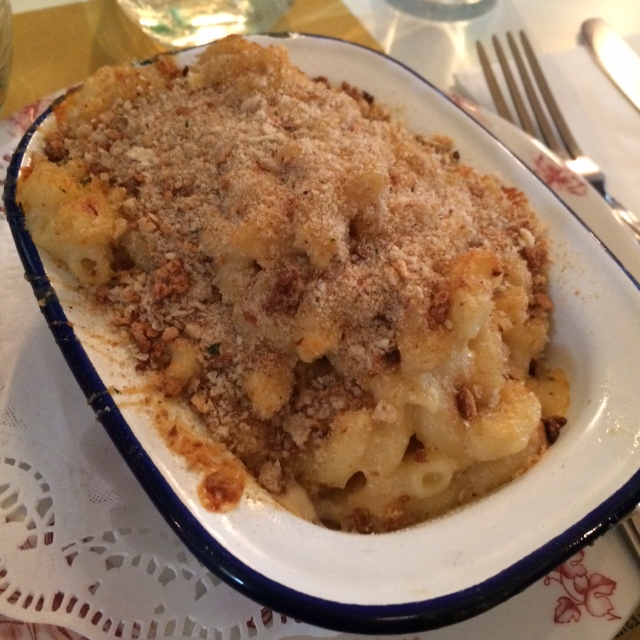 Although part of the Italian restaurant empire Polpo, this is a kind of Jewish deli (at least that’s what it says on their website), so expect things like Reuben sandwiches and salt beef. The whole menu looked great but most irresistible was the mac ‘n cheese with salt beef and mustard, so we ordered one small each and some other nibbles to share. The mac ‘n cheese was really nice with a cheesy layer on top and soft macaroni underneath.

The sliders with lamb, white bean hummus and feta were also great, and perfect in size.

We also shared the cod cheek popcorn which were nice, although a little bland without the tartar sauce.

Now that I’ve finally been here, I will definitely take turns between Mishkin’s and Opera Tavern. Might see you around!