When the third week of August started I was back on British soil, having landed at Heathrow late the night before. Not one for wasting time I started working on the Monday morning and finished unpacking in the evening. But as the fridge was empty and the week ahead busy with social events I opted for a takeaway instead of cooking. My favourite gyro from The Athenian.

The next evening after work I met up with Gaby for a catchup over prosecco and pizza at bustling Franco Manca. But after dinner we moved to a nearby hotel bar for another drink in a quieter place. We might be getting old, but I for one have never been a fan of shouting conversation. 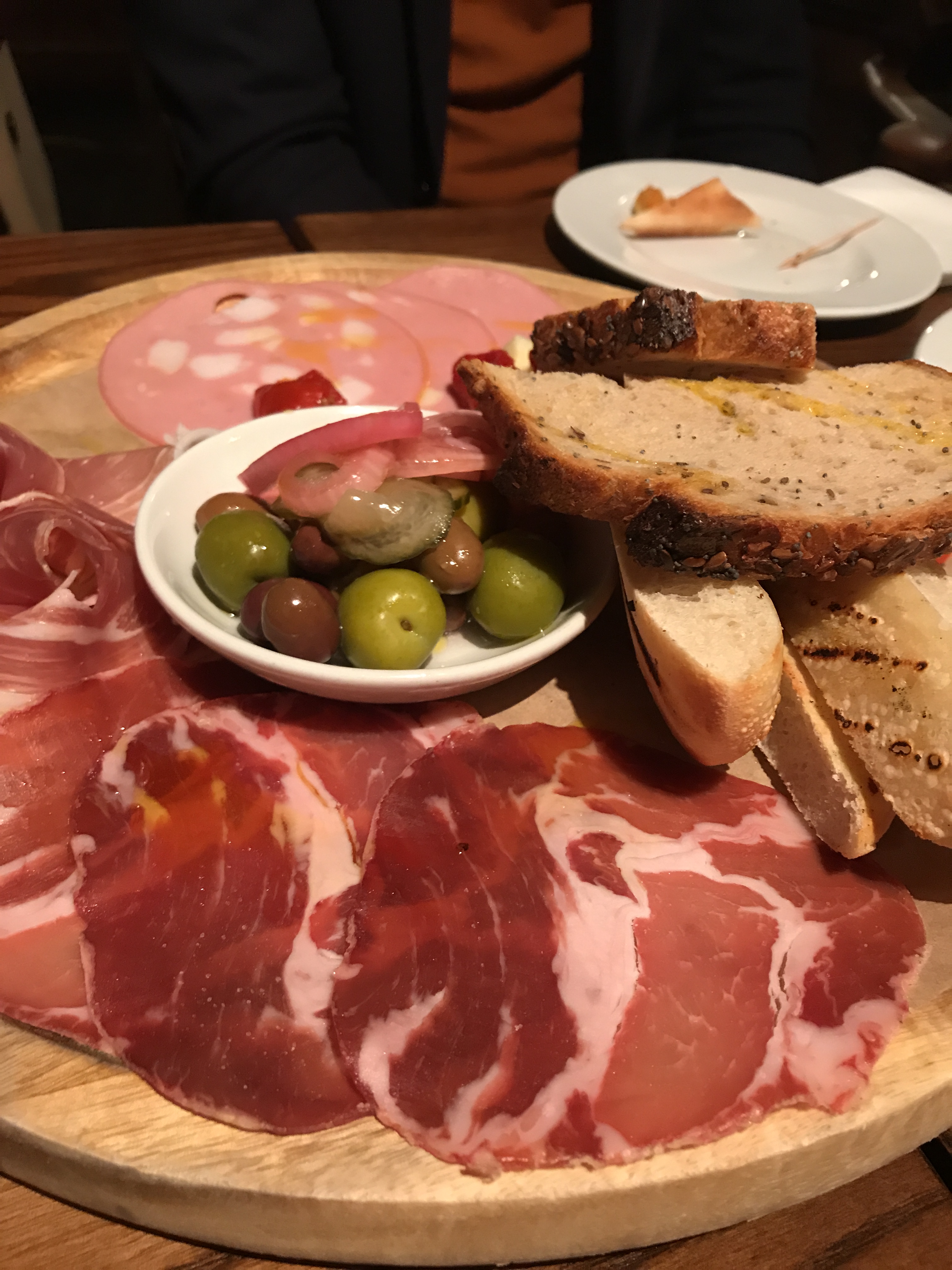 On the Wednesday evening I met up with a group of ex-colleagues at our usual place, over prosecco and nibbles. As everybody rushed to catch their trains I found myself with plenty of time to spare before bedtime (as the night owl I am) and went home to watch TV.

The next evening my boyfriend and I went to the cinema and watched Blinded by the Light. I really enjoyed it and although it’s foremost a feelgood film I found the story (based on true events) really charming. Before the cinema we usually have burgers at the nearby GBK for dinner but this time we tried our luck at Nando’s instead since we’re both a bit tired of GBK. Especially the service. I just wish there were some better fast food restaurants around, like Shake Shack or Franco Manca, but in the meantime Nando’s hit the spot. Mainly because they have mashed potatoes. Yum!

On the Friday we drove to Northamptonshire where we were staying the weekend with a group of others. On the Friday we had a lovely casual dinner and when everybody but us had turned in we ended up watching a comedy program I actually found funny. It was pretty harsh but still (or maybe because of it) really funny!

The rest of the day consisted of croquet, swimming in the pool and rosé in the sunshine followed by a more formal dinner. On the Sunday I didn’t feel very well and so had to stay in bed all morning, but at least I managed to get up in time for lunch so I could say goodbye to everyone. The rest of the afternoon we took it easy and in the evening I took the train back to London.