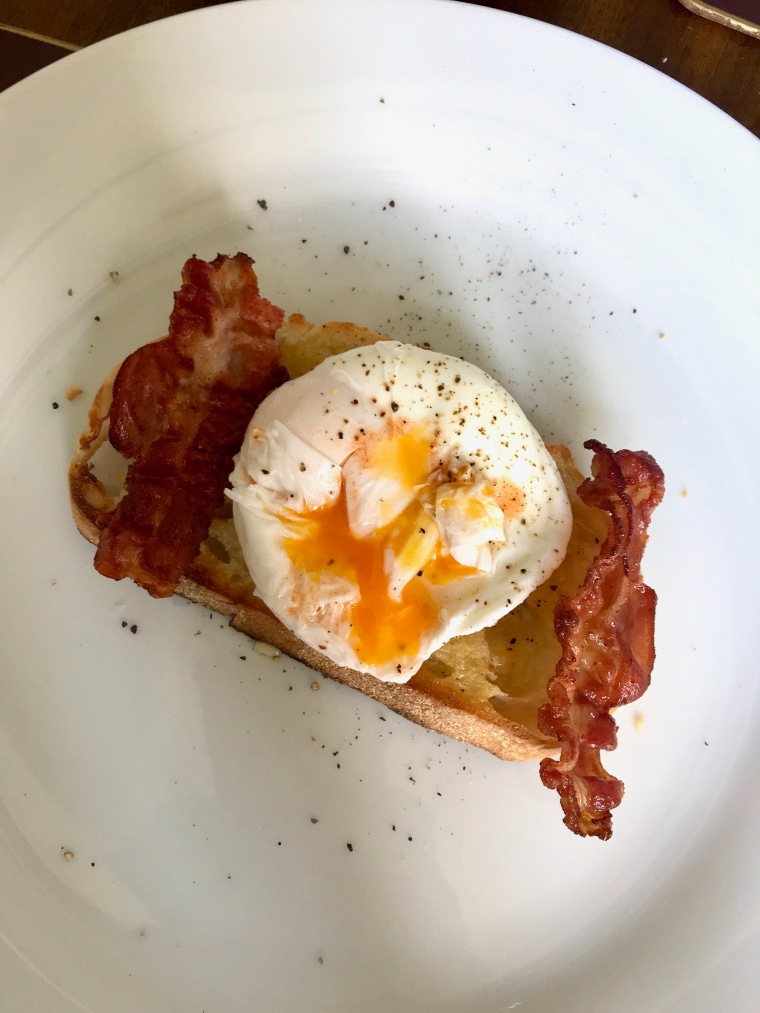 Last week wasn’t the best. But it started off well with eggs for breakfast (love a cooked breakfast on the Monday, it makes the weekend seem longer).

In the evening I stayed in, made myself a nice salad and garlic bread for dinner and watched Chernobyl, which is amazing and scary in equal measures. Highly recommend it!

On Tuesday I woke up with a terrible headache and it didn’t lift all day despite what I did. So I watched a film in bed (Frost/Nixon) and had an early night hoping sleep spilld help.

Unfortunately it didn’t go away, so I took it easy the following evenings too. Watched Sex and the City in bed and ordered gyros (have finally found a good place!). I did the exact same on Thursday night (even ordered the same food) but finally started to feel a bit better then so could also read How to Dress that I bought a while ago.

I finally felt better on Friday and ventured outside to get some fresh air and to go to the cinema. I saw Late Night with Emma Thompson and Mindy Kaling, which was nice and lighthearted but still had a little depth.

On Saturday I had a lie-in, read Vogue and really enjoyed just having time off, no plans and that I was feeling better. I did some errands and went to the cinema again, this time watching Booksmart, which was nice and entertaining!

I took it easy on Sunday too, as I felt my body needed some more rest. The last few weeks (maybe longer) has been quite full-on with weekends away and lots of plans and as I slowed down this week my body told me to stop. It’s just so annoying I got a terrible headache already after I had started to slow down, but maybe it was too little too late. Even though I find it really difficult to find that balance I do try and I’m slowly getting better at it, even though I often fail, but I used to push on even more so in a way I also have to be proud of how far I’ve come. I still have far to go, and achieving balance while living in a city like London with things to do all the time might be near impossible, but I’d still like to try.