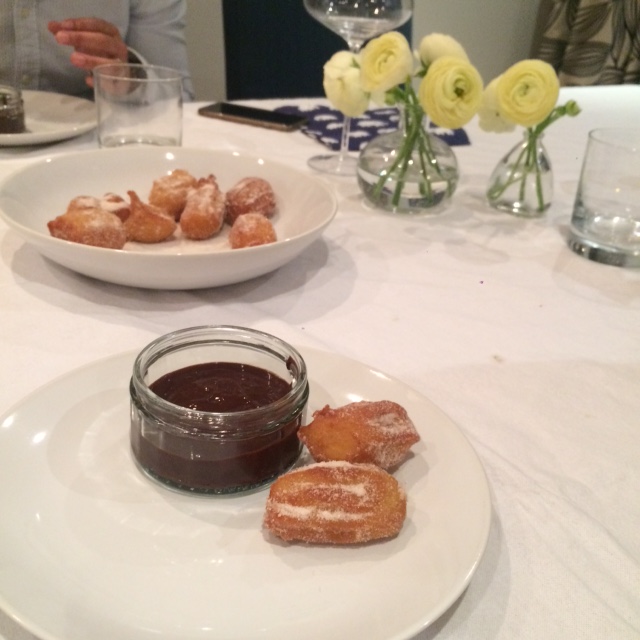 The first time I tried churros was at the Malmö Festival as a child. For a week Sweden’s third largest city has a festival with lots of stalls, a square filled with food stalls from around the world, live music and much more. I haven’t been to it since I moved to the UK, but it was great fun as a child, and already then my favourite part of it was all the food. It’s where I had langos for the first time and I still think of the souvlaki my dad introduced me to. 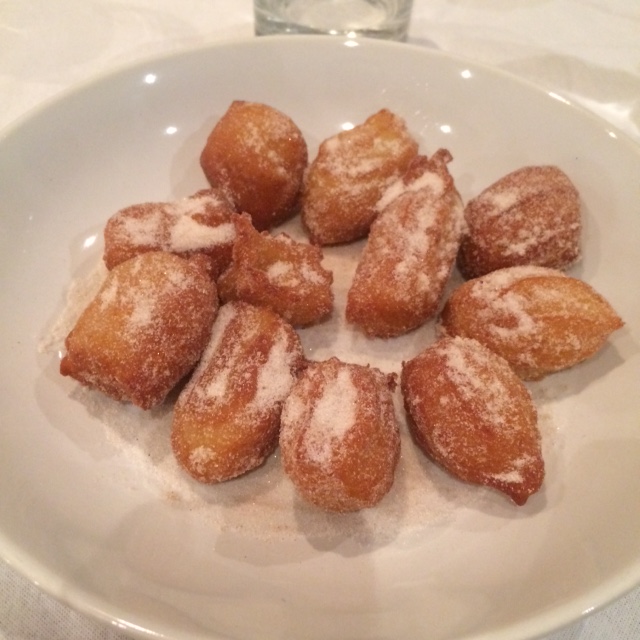 A while ago, I realised I had seen Nigella make her own churros on her Nigella Kitchen show and I decided I wanted to try it to. The first time I made it was when two of my girl friends from home came to visit. They’re used to being my guinea pigs but this recipe is so easy to make you don’t have to trial it first (unless you prefer to do it that way). I used Nigella’s recipe for the churros but made my own chocolate sauce and it was just amazingly good! The girls couldn’t stop talking about the churros for a whole week, which is very high praise! 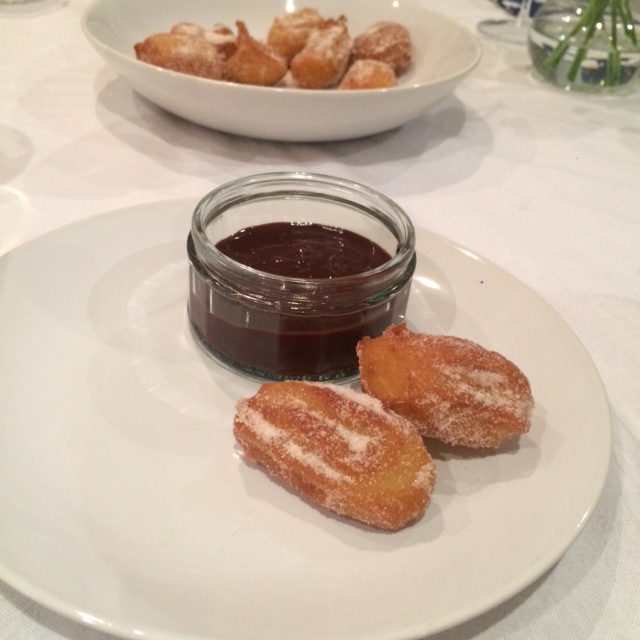 Mix caster sugar and cinnamon in a shallow dish and set aside.

Mix flour and baking powder in a mixing bowl. Beat in the olive oil and water. Leave the dough to rest for 10 minutes. Meanwhile heat up the vegetable oil in a small saucepan. When the oil seems hot, toss in a piece of bread, once it’s golden the oil is the right temperature.

Melt the chocolate together with the cream in a non-stick saucepan on low to medium heat. Once all melted and combined set aside and let cool. Pour into four small bowls or ramekins to serve.

Stir the churros dough and transfer it to a piping back fitted with a large star nozzle. Squeeze short lengths, approximately 1 1/2 to 2 inches, of dough into the hot oil, snipping them off with a pair of scissors as you go. Fry a few at the time and fish them put with a slotted spoon and place on kitchen towel. Once dry, toss the churros in the cinnamon sugar and serve with the chocolate sauce.