In my company we don’t have the tradition to go to the pub every Friday, so I tend to grab my after work drinks with friends rather than colleagues. A few weeks ago Sinead and I met up for a glass of vino at one of the pubs near her job. Although lots of the popular pubs are far from cosy it’s still really nice to grab a drink there with lots of other people celebrating the weekend. I love that atmosphere. But we soon left to have dinner at a restaurant nearby, Avenue in St James’s.

This place has been around for a while but for some reason we hadn’t been until now and we liked what we saw. The interior was very swanky and actually nicer than we had imagined. We were seated straight away and after having ordered a glass of bubbly we had a look at the menu. We ended up with the a’la carte put the very reasonably prised prix fixe menu looked good too.

I had a warming clam chowder to start. It was very thick and smooth with bits of potato and whole clams. Very satisfying!

Sinead had the crispy chicken tacos that were delicious too! 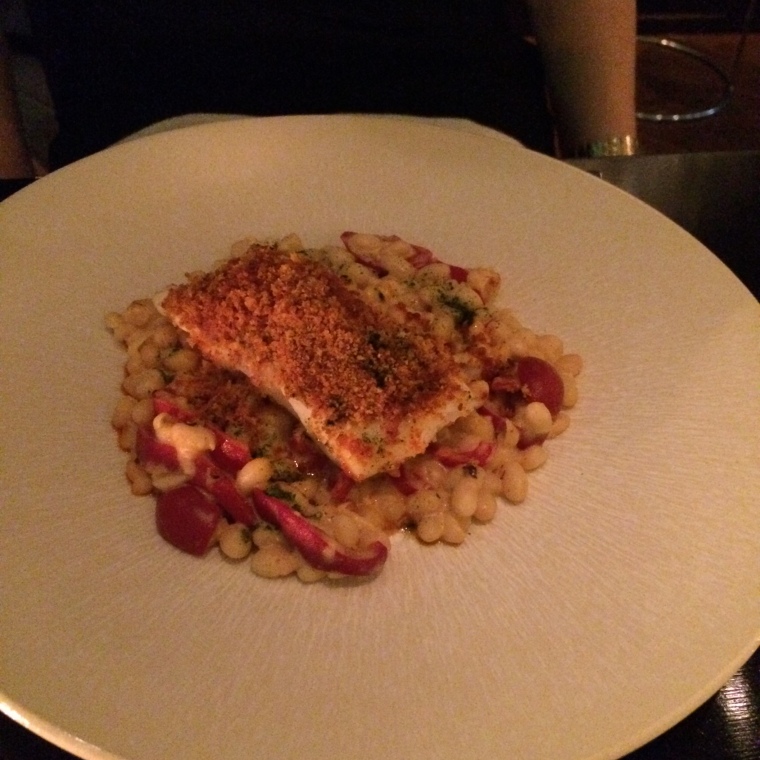 Our maincourses arrived the second our starter plates were cleared away. A bit too soon if you ask me; we were really struggling with our main courses because we didn’t get a breather. Sinead’s cod with chorizo crumbs and cannellini beans was delicious and a substantial portion. 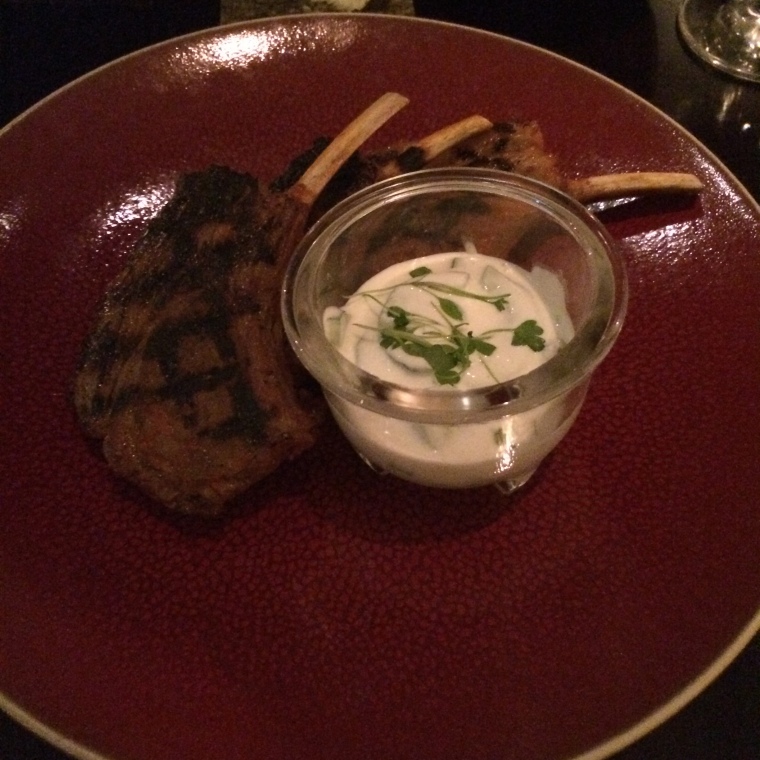 As were my barbecued lamb racks with cucumber and herb yoghurt. Delicious though, great charred flavour and cooked perfectly as I wanted them (rare).

Avenue is part of D&D London, Sir Terence Conran’s restaurant empire, and although we were two very satisfied customers, there was room for improvement on some areas. The service was friendly and nice, but the fact that we didn’t even get five minutes to digest our first course means bad communication between the kitchen and service. And when we were served our main courses we thought they had forgotten one of our sides and were not told it was delayed until we waved down a waiter and asked. It may sound petty but I worked as a waitress when I was at university and it is not that difficult to get it right!

And then the loos. With such a nice and fancy interior in the restaurant you expect the same vibe in the ladies room. But no. It was just a corridor with white walls, cubicles on one side and basins on the other. With bad lighting and no hand cream. Even a regular pub has hand creams nowadays.

One thought on “Dinner at Avenue, St James’s”