When asking anyone about restaurant recommendations in Split, Fife was always among them so we had quite high expectations when we went there. It looks really cosy and was packed with people every evening we walked past.

We knew the restaurant served rustic, hearty food but I guess I still expected a little finesse which was lacking. The food was cooked from scratch and definitely OK but not much better than that. 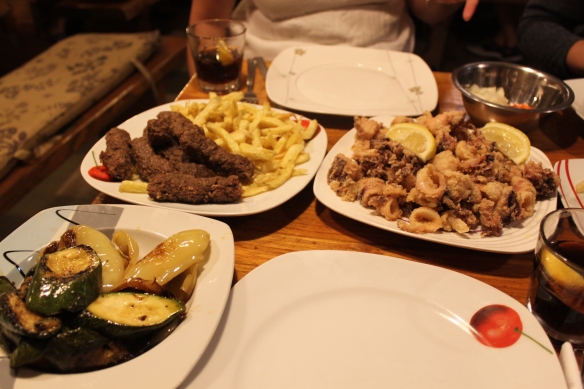 Seriously generous portions though. This was two portions but could probably feed four.

We had the classic Croatian cevapi which was nice, but not superior others we had elsewhere. 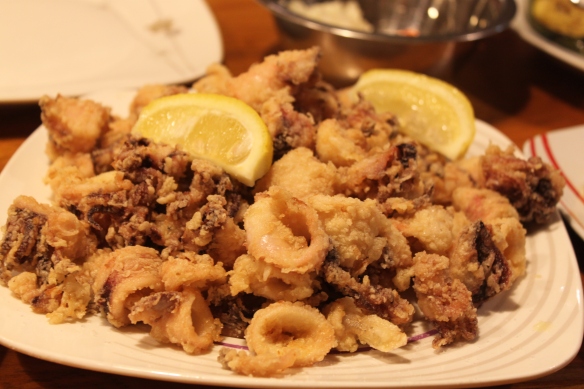 The portion of calamari was enormous and it was pretty good, but I must admit that my own homemade one is even better and since it is such an easy thing to cook I was a bit disappointed by that.

I still think Fife is worth a visit, the atmosphere is great and it is seriously cheap here, just don’t expect anything other than decent basic home cooking.