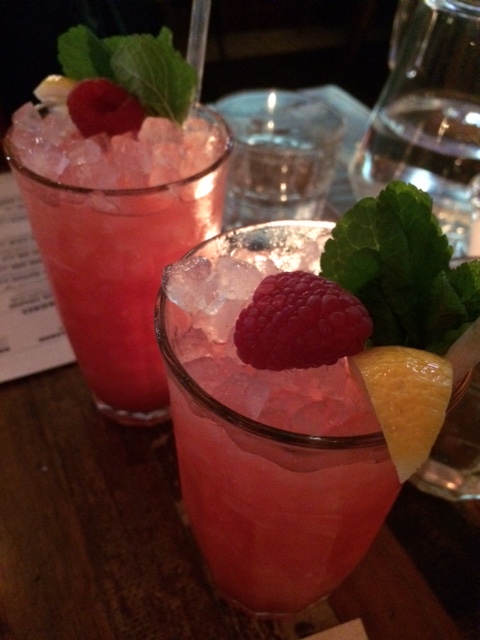 One night after work I met up with my friend Gaby in Soho. We were both in  the mood for comfort food and Gaby suggested Dirty Bones, which I hadn’t heard of before. Situated on the top floor in Kingly Court it was really popular, but we got there just in time to get one of the last tables. And the happy hour was still on – amazing!

We started with a cocktail each, called Top Dog, made with vodka, lemon, chambord and prosecco. It was really nice an fresh – not too sweet- and we both really enjoyed it. 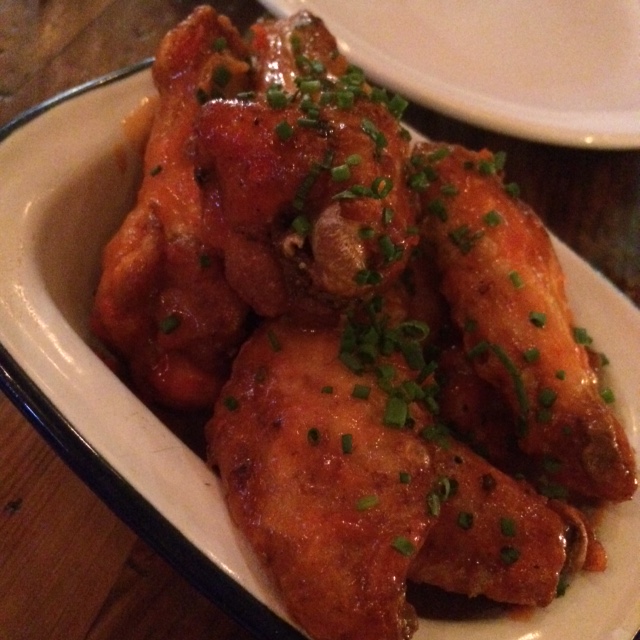 Having sorted the drinks out we decided on food; buffalo chicken wings to start and then a burger each. The chicken wings were very good and seriously spicy. I missed the classic blue cheese dip that is usually served alongside the wings, as it would have been nice with a cooling element. 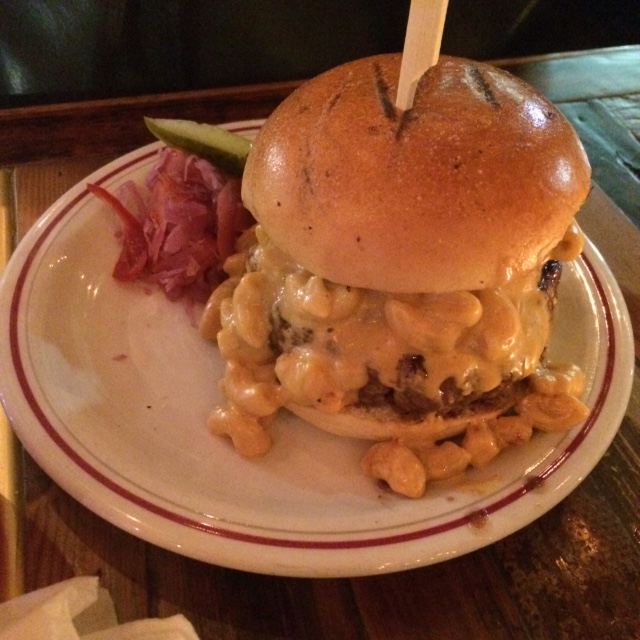 With mouths slightly on fire we moved on to the burgers. Gaby ordered the most insane burger ever created, The Mac Daddy with tender beef short rib and mac ‘n cheese. I tried both toppings and they were delicious, but I’m a bit conservative when it comes to burgers so not sure that one’s for me. 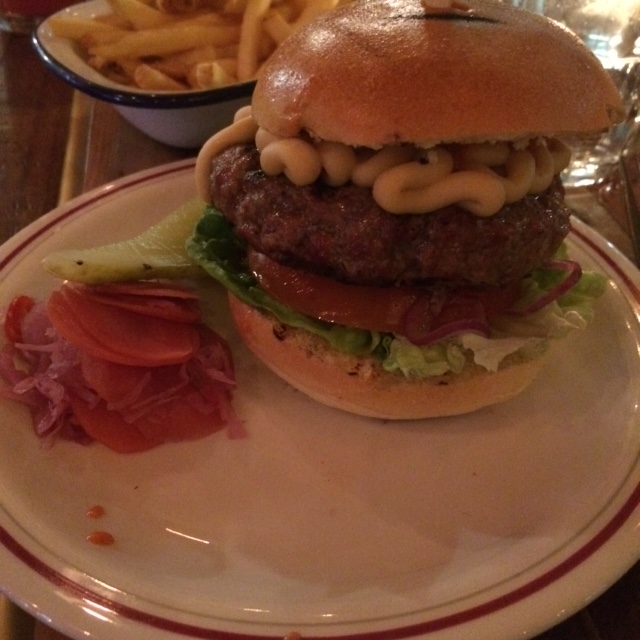 Instead I had the safe option, a burger called The burger. It was what you expect a burger to be, and it was very nicely done! Only strange thing was the piped cheese, but it tasted great! 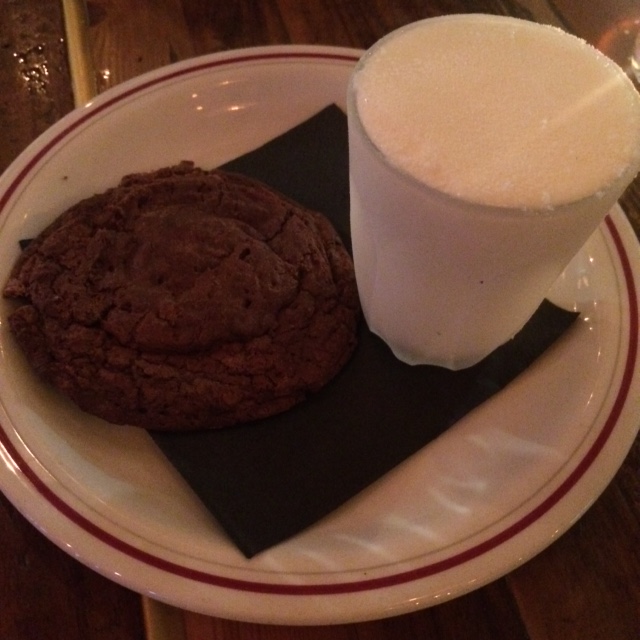 It’s an understatement to say we were full after those burgers but we still decided to share a pudding. I mean who can resist cookies and cream; milk ice cream in the glass and a lovely chocolate cookie on the side. Nicely done and very yummy!