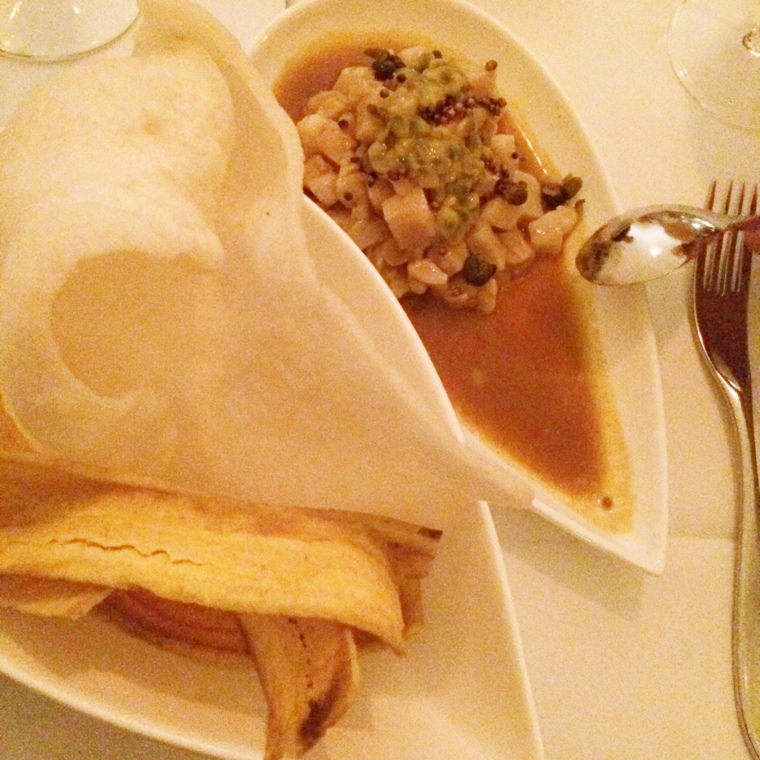 A few weeks ago Karin, Niklas and their friend Ania and I had dinner at Asia de Cuba, a fusion restaurant serving Asian Cuban food served on plates to share.

The starters appealed to us more than the main courses so we shared a bunch of those, starting with some ceviche. The one with kingfish, curry and passion fruit (above) was nice but my favourite was the prawn, snapper and confit watermelon ceviche. Both were served with enormous prawn crackers and plantain crisps.

We also shared a crispy spring onion pancake topped with smoked salmon which was delicious! One of my favourite dishes that evening. 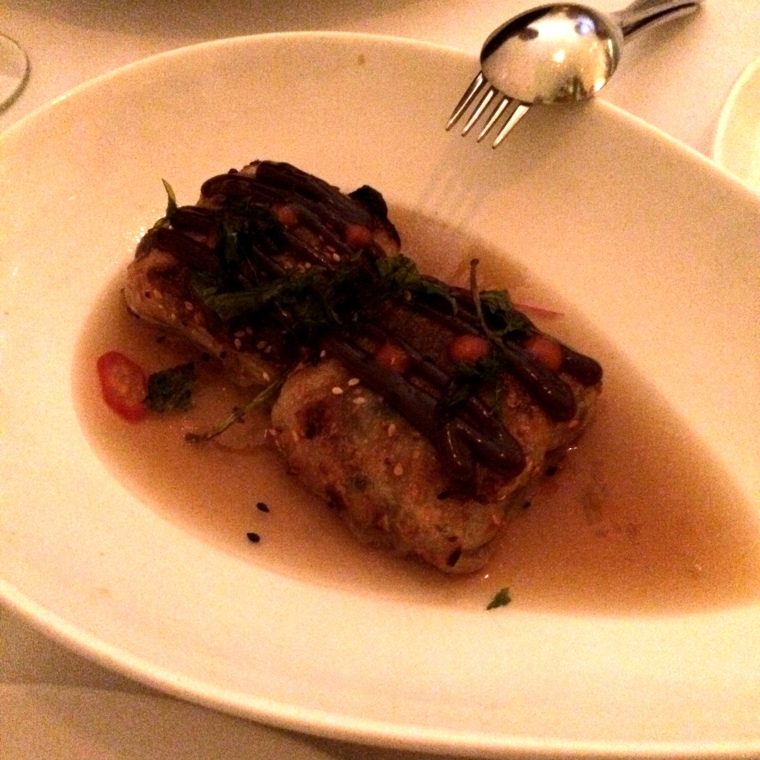 The Asian noodle box with Cuban vegetables and mushrooms was alright, but nothing special. A dish I actually could have done without. 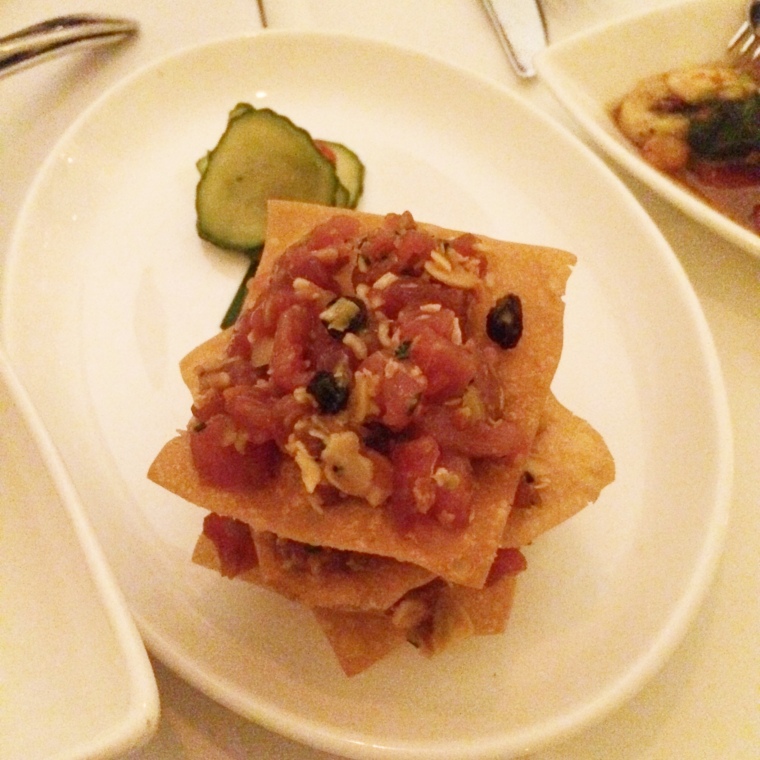 The tuna tartar on crispy wontons was, on the contrary, another favourite!

Spiny lobster served with palm cajou hearts (whatever that is, Google couldn’t help me) and a spicy sauce. It was nice but not wow.

Confit duck leg on lettuce with hoisin sauce was a take on crispy aromatic duck that was really nice. 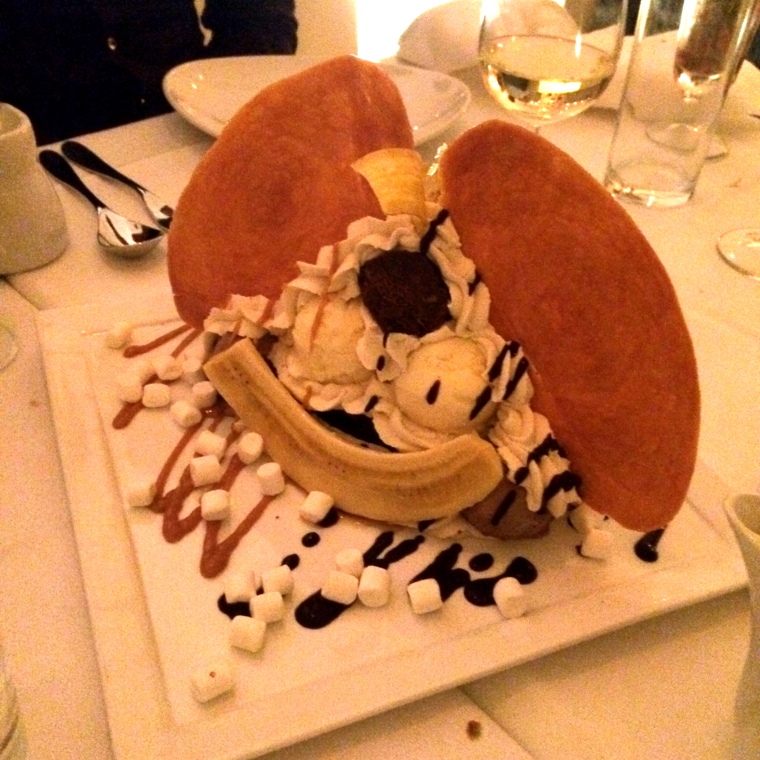 So far, we were happy guests (despite the draft from the air con) and we were looking forward to the desserts that were carried in on large platters to share but we were utterly disappointed. Our giant banana split looked quite impressive, but the brownie was really floury, the vanilla ice cream all icy and the biscuits not very nice. The bananas, chocolate ice cream and store-bought mini marshmallows were all fine, but I expect more from a restaurant cooking savoury food this well – like them having a decent pastry chef.

Oh, and I forgot to mention the cream. It was really sweet and probably from a can. Poor.