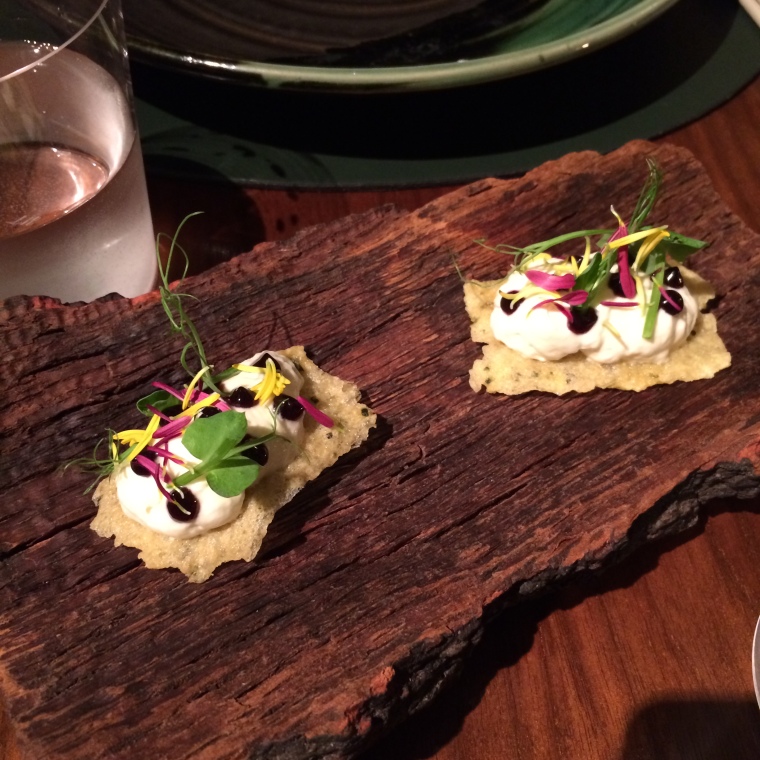 One of my favourite British cooking programs on television is definitely The Great British Menu and after seeing Simon Rogan cook one amazing dish after another I really wanted to try his food. Unfortunately it took until now as Roganic closed, but I am thrilled that he’s opened Fera instead.

Having been to the same restaurant when it was Gordon Ramsay at Claridge’s it was wonderful to see the transformation. The ambiance is a lot more modern now with an open kitchen and sleeker design but it’s still a stunning room that works well with the interior of the rest of the hotel.

When it opened Fera only offered a tasting menu, and although it now has an a’la carte as well we preferred the tasting menu consisting of seven courses.

First, we had an lovely amuse bouche with an incredibly light and airy goat’s cheese mousse and pea shoots. 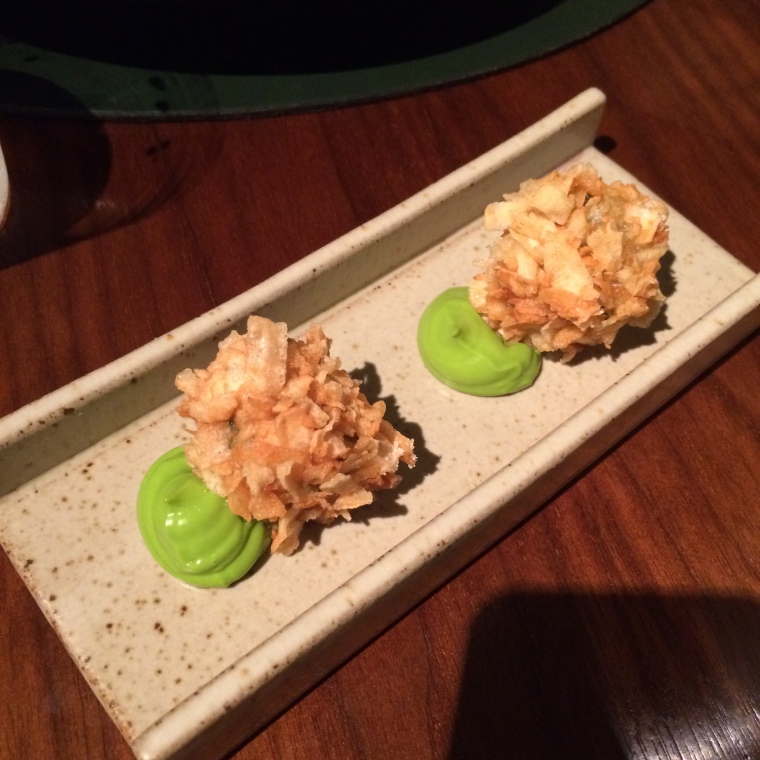 The first course consisted of three bite sized dishes, the first being rabbit with lovage. The rabbit was incredibly tender but the coating crispy and although I’m not a fan of lovage in general but I must say it worked perfectly in this dish!

Next up was mackerel, oyster and seaweed in a wonderful combination which tasted like the sea. Loved the presentation too. 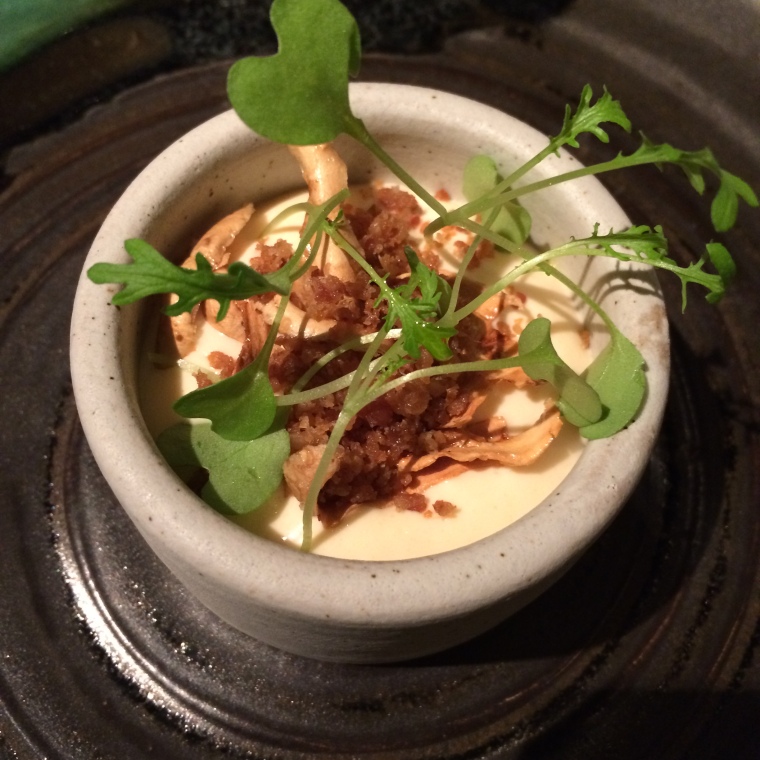 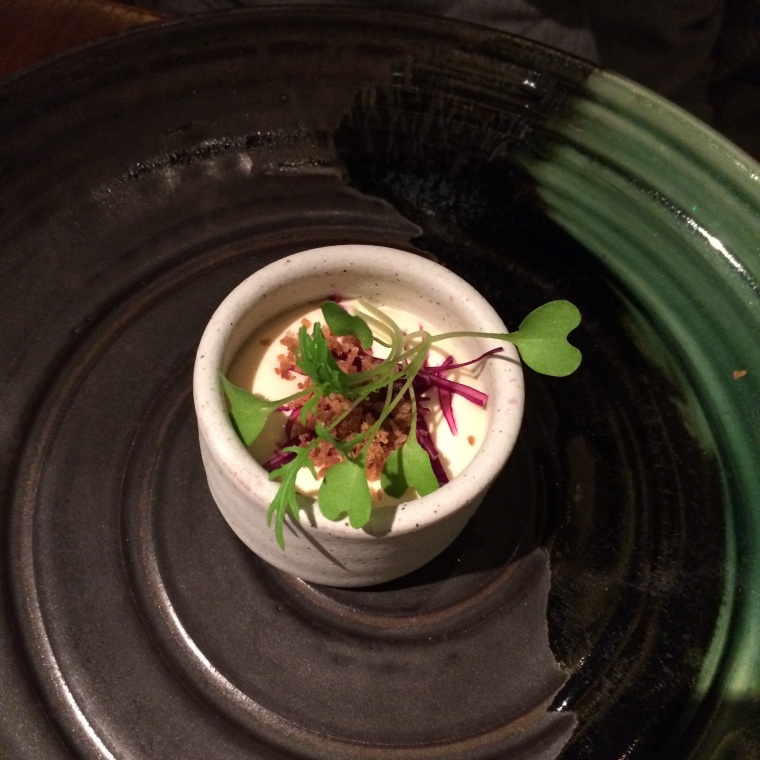 Smoked roe and red cabbage was next (although I had requested mine without cabbage). It was a lovely foam, both thick and light at the same time. Wonderful flavours!

Moving on to larger plates we got to enjoy scallops with parsnip puré and hazelnits which was nice and autumnal.

Raw veal with oyster, Wiltshire truffle, kohlrabi and apple was motley dish. The applepuré, although lovely, was very acidic and didn’t harmonise with the more subtle flavours but I loved the combination of veal, oyster and truffle.

Lobster, kale, lobster cream and crispy pork was delicious. The lobster was perfectly cooked the mild cream lovely in flavour and the pork and kale made it feel very seasonal.

Next up was sea bass, grilled leeks and razor clams. The charred leeks were lovely just like the razor clams but I thought the fish a little bland.

The suckling pig with celeriac, watercress, sprout tops and mead was interesting. One of the pieces of meat was crisp and lovely whereas for the the other one had a bit too much of the soft fat. I love crackling but find soft fat has a strange texture that doesn’t appeal to me. The watercress reduction was amazing though. ‘Very one dimensional, but in a good way’, as Caroline put it. 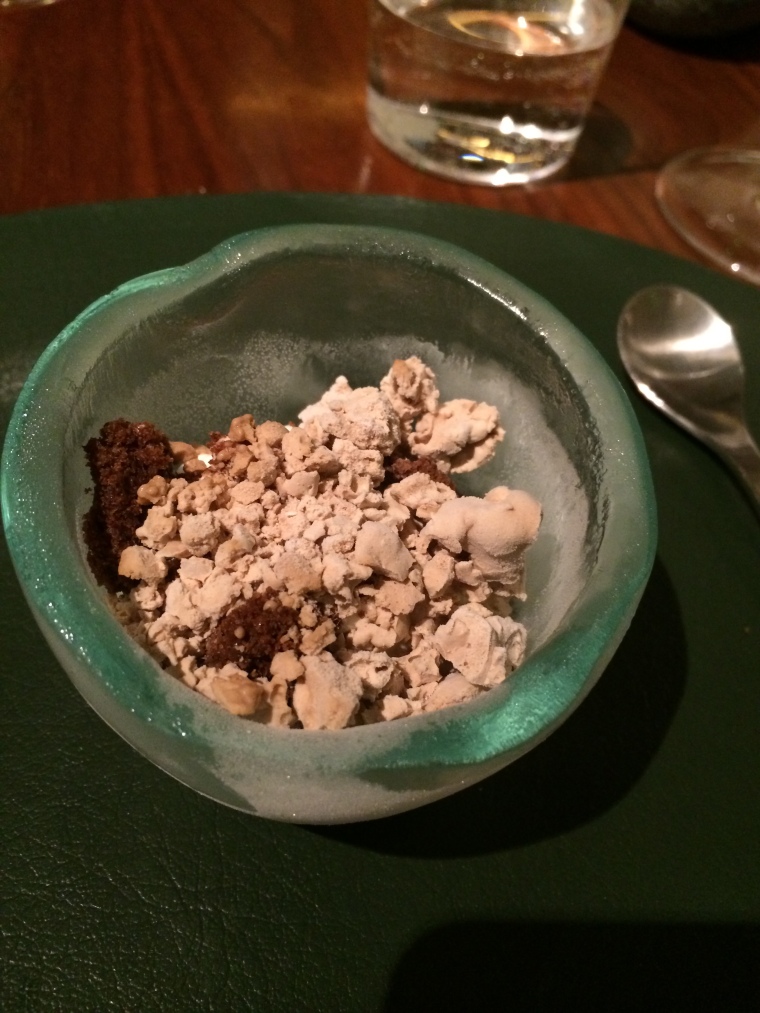 The first pudding was chocolate malt nitro wuth prune and dandelion. I had mine without prunes and it was utterly delicious, but Caroline thought the prune jam married well with the malty flavour. 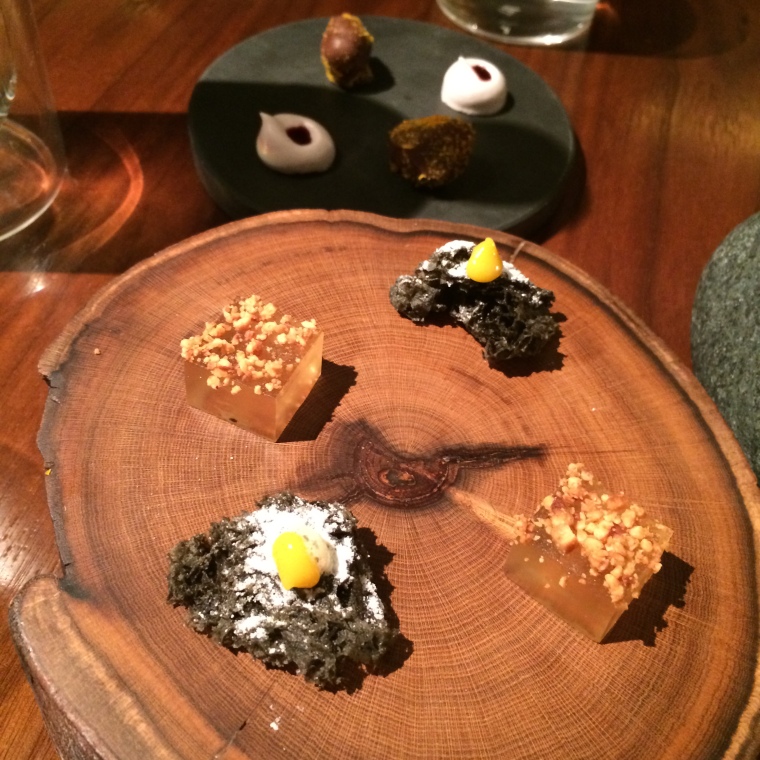 We had coffee and tea after our meal and also received some petit fours. I think we were to full to properly appreciate them though. My favourite was the elderberry meringue but the others (liquorice, hazelnut jelly and ginger) were lovely too. 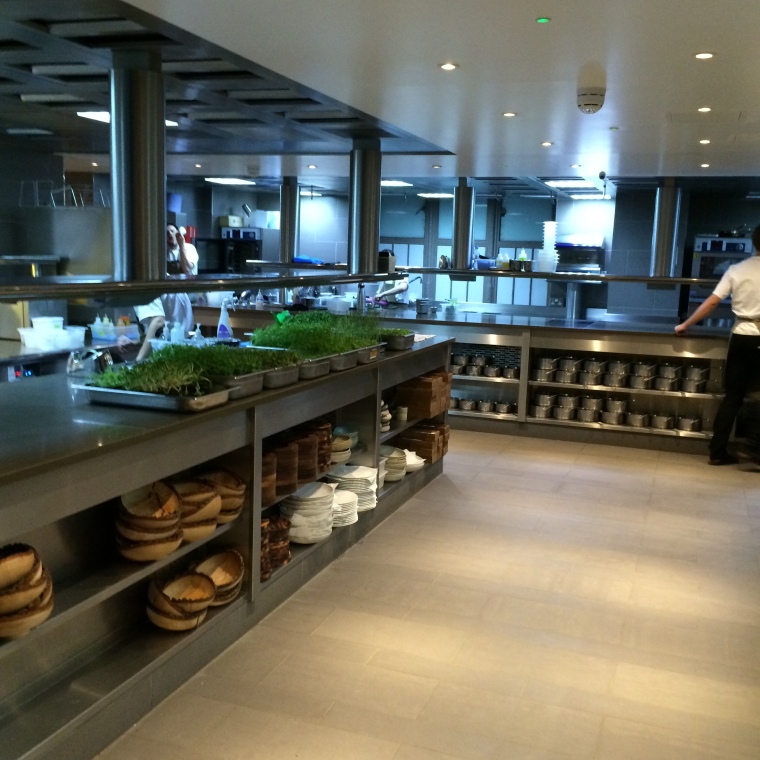 Our sommelier was very helpful and recommended beautiful wines and when he saw our longing looks to the kitchen when another table got to go in, he offered to show us around. Needless to say we were over the moon! Thank you.

We had a wonderful evening at Fera. We were well looked after, the food was terrific and the atmosphere really nice. I definitely thought some dishes were stronger than others but overall everything was well cooked and utterly delicious.

2 thoughts on “Dinner at Fera at Claridge’s, Mayfair”