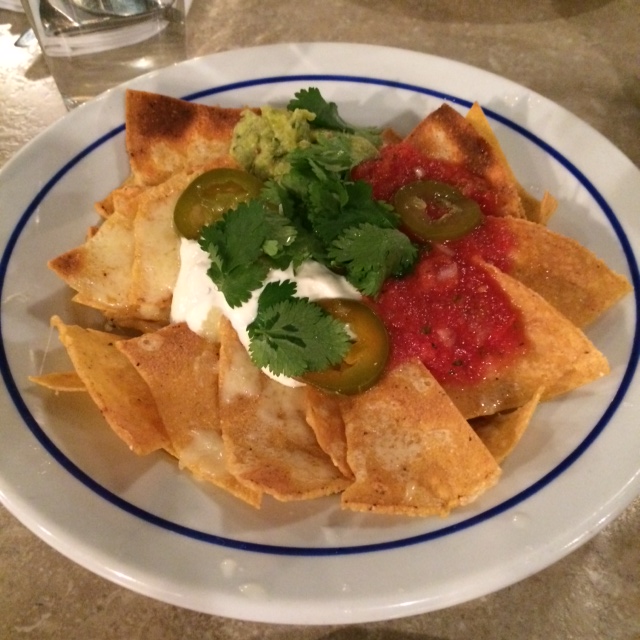 I had my suspicions after my last visit, and after being back once more I can conclude that Soho Diner in my opinion has the best burgers in London. There I said it! It’s quite a big statement but they are so so good. When I dream about a burger it is this once that appears on my retina.

I haven’t tried every single burger in London, but out of the (quite a few) ones I have sampled Soho Diner is the clear winner.

On my last visit I came here with a colleague. We were both starving and went all out ordered quite a lot of (actually a bit too much) food. First a plate of nachos to share which was just as you want them; nice guacemole, delicious salsa, good tortilla chips and nice cheese.

Then it was time for the burgers (my mouth is watering just seeing this picture)!. We both chose a double which illogically has three patties (a single has two) and it was almost too big for me. The last bites I ate out of pure will because it was so so good!

The patties have a nice flavour, are nicely packed and pink in the middle. Extremely juicy. The cheese is just perfectly melted and gooey, the dressing a nice addition that doesn’t overpower the other flavours and the brioche bun sturdy enough not to fall apart and soaks up the juices. This, my friends, is perfection.

The thick fries are incredibly crisp and absolutely delicious too!

Although we were extremely full after that big burger and fries we couldn’t resist the puddings. Max had a chocolate brownie which came out plain, I like the no nonsense approach here, and it was to die for.

I should have known better than ordering a chocolate milkshake but in a weak moment I did. It was perfect too and I was sad I couldn’t finish it.