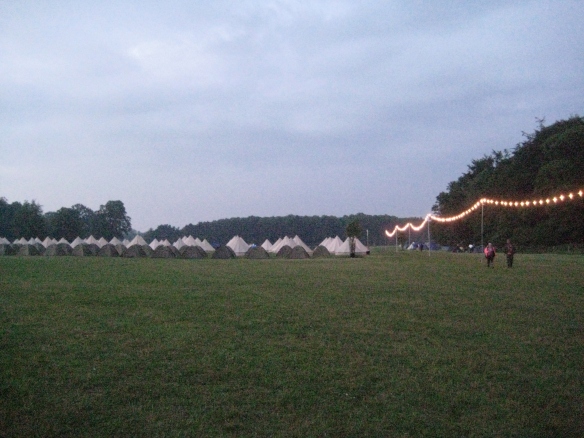 While my friends and family back in Sweden ate pickled herring and drank several aquavit I celebrated midsummer in a more British way. Together with my friends Gaby and Laura I went to Houghton Hall in Norfolk to attend Wyndstock –  The Country House Party. 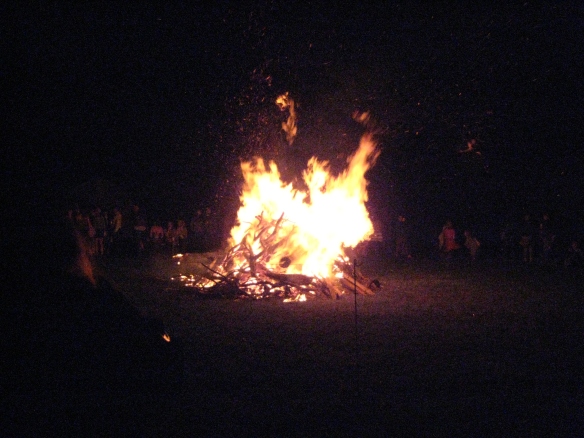 When I arrived on Friday evening my friends were already there, so they showed be around and we had some wine in the bar tent and enjoyed the bonfire. Then off to bed only to be woken up by torrential rain and we found out the hard way that the tent we had hired from the organisers was not waterproof. Luckily the weather improved, tents were repaired and we actually got a new (waterproof) tent for the second night.

On Saturday after breakfast we went on a tour with the game keeper in the deer park which was quite the sight. 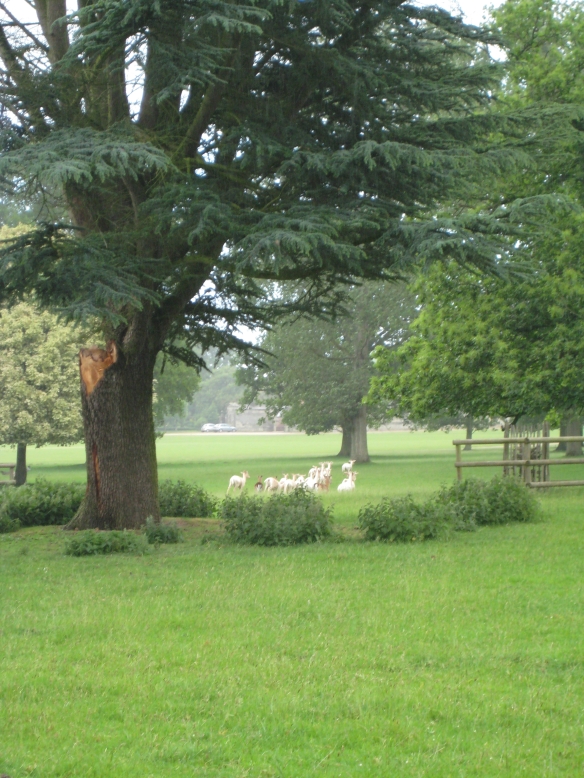 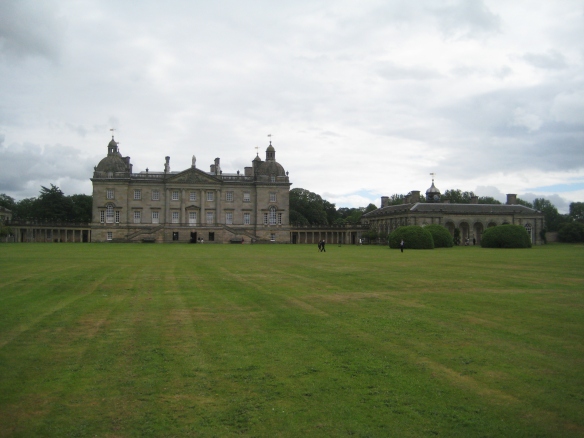 At midday we got to go into the house and look at the new exhibition Houghton Revisited. For the first time since Catherine the Great bought Robert Walpole’s (the first British prime minister) art collection it has been returned – on loan – to Houghton Hall where he used to live. 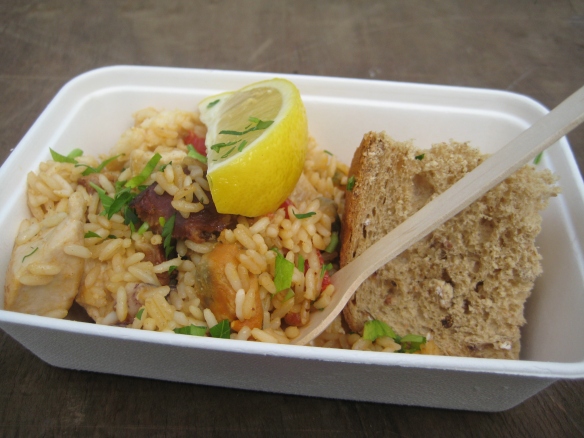 After lunch (a nice paella with chicken, chorizo, squid, prawns and mussels)… 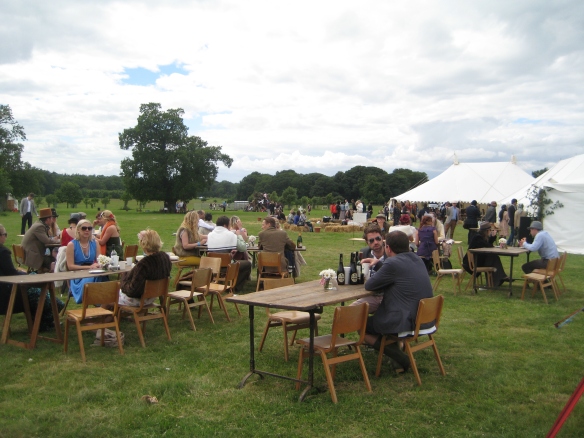 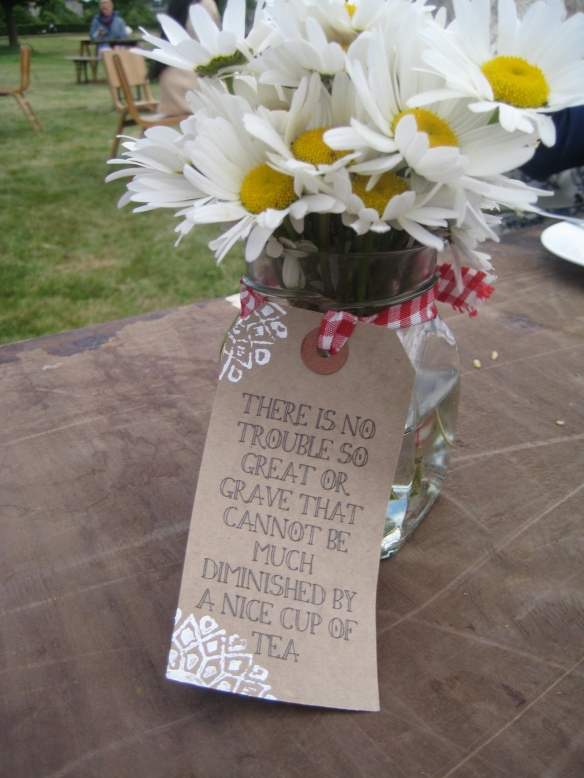 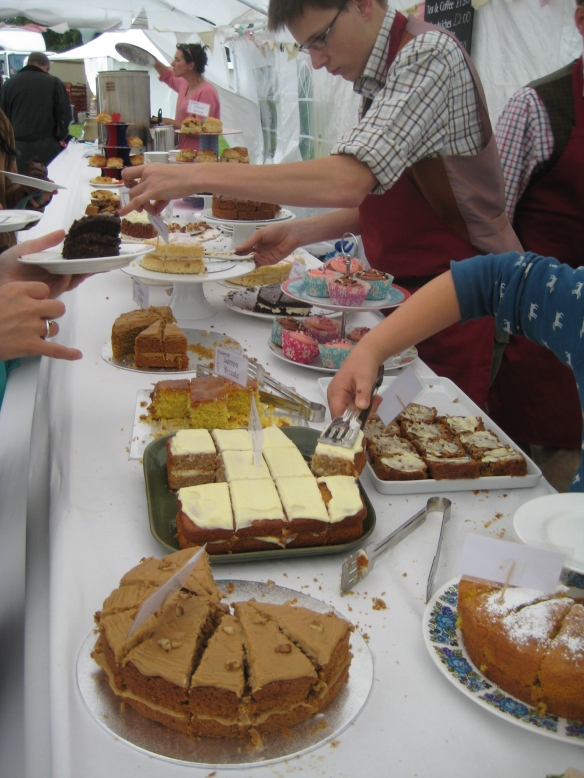 … we had tea and cakes. People from the local parish sold baked goods they had baked themselves. It was quite the spread! 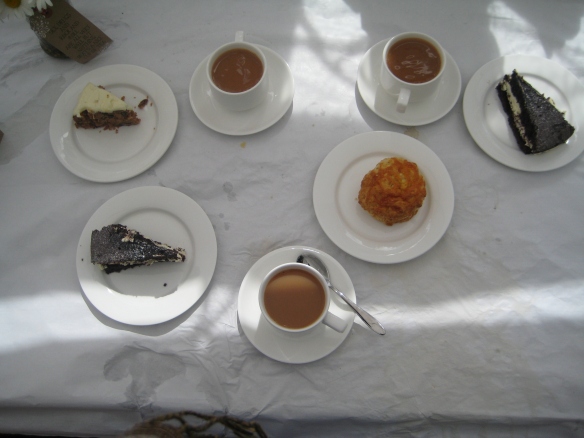 We had a lovely cheese scone to share and a cake slice each. Gaby had glutenfree carrot cake and Laura and I had a delicious chocolate cake with both cream and frosting. 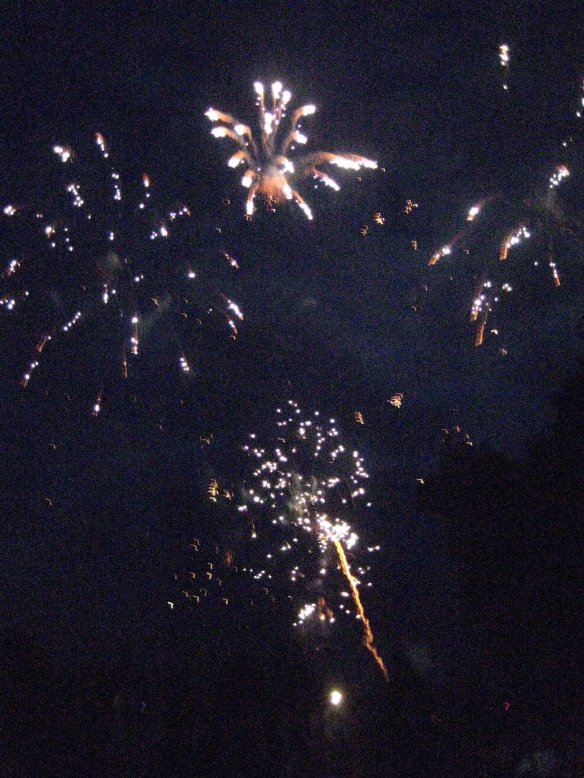 In the evening dinner was served either at 7pm or 9pm, we had the earlier slot and although it was well organised we were pretty disappointed by the food. The starter was just about OK, the maincourse dreadful but the brownie for pudding was actually delicious. We still managed to dance until pretty late and watch the fire works. And it was so nice with a dry night’s sleep. On Sunday we left after breakfast to get back to London for afternoon. Despite the weather I had a great time and although Saturday supper was pretty bad the food was otherwise quite nice and everything was very well organised.