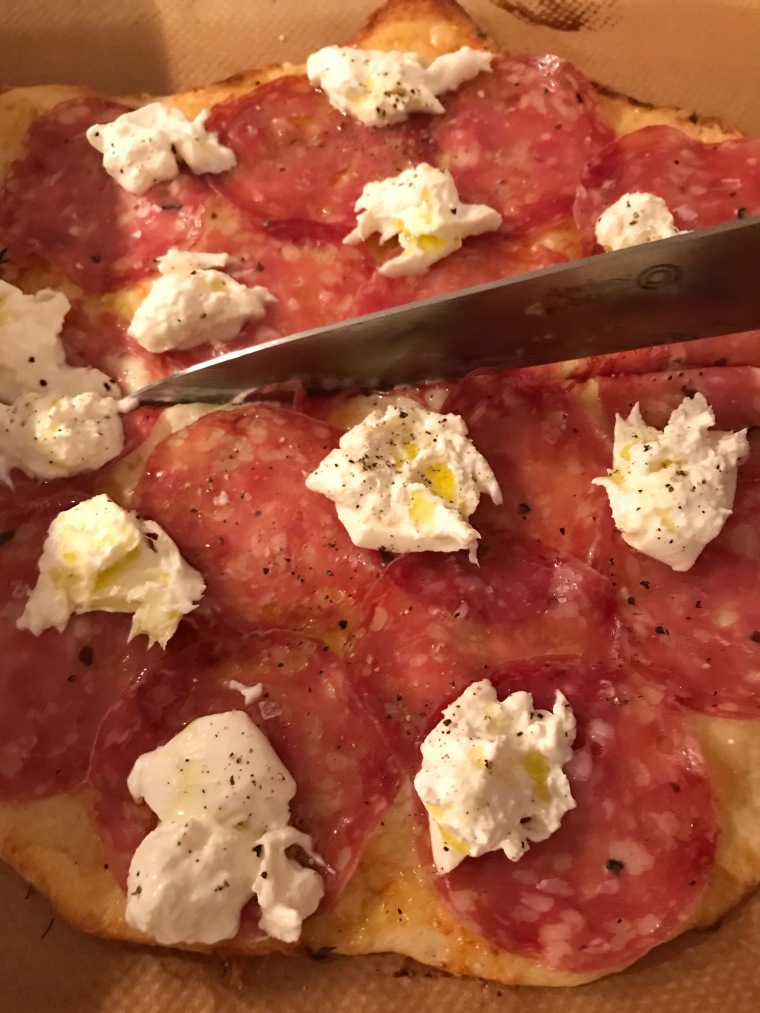 I heart truffle. If I sea truffle on a menu my mouth starts watering and I have to have it. And I savour every bite. So imagine my delight (and surprise) when I found a packet (yes, packet – not even in the deli counter!!) of thinly sliced salami with truffle in my Swedish supermarket. I immediately grabbed a burrata nearby and decided on making this pizza.

Which I loved as much as I thought I would. I heart truffle. And burrata. But a nice grassy olive oil is key too.

Roll out the dough with the help of a rolling pin on a floured surface. Place the rolled out pizza base on a parchment paper covered baking tray. Spread out the creme fraiche on the pizza base. Divide the mozzarella and the grated Västerbotten cheese.  Bake in a 220C (200C fan) oven for 8-10 minutes, until the base is crisp, the cheese has melted and the whole thing is golden brown.

Remove the pizza from the oven and cover it with truffle salami. Tear the burrata into smaller pieces and scatter them on the pizza. Drizzle with nice olive oil. Sprinkle a tiny pinch of sea salt and add a generous amount of freshly ground pepper.