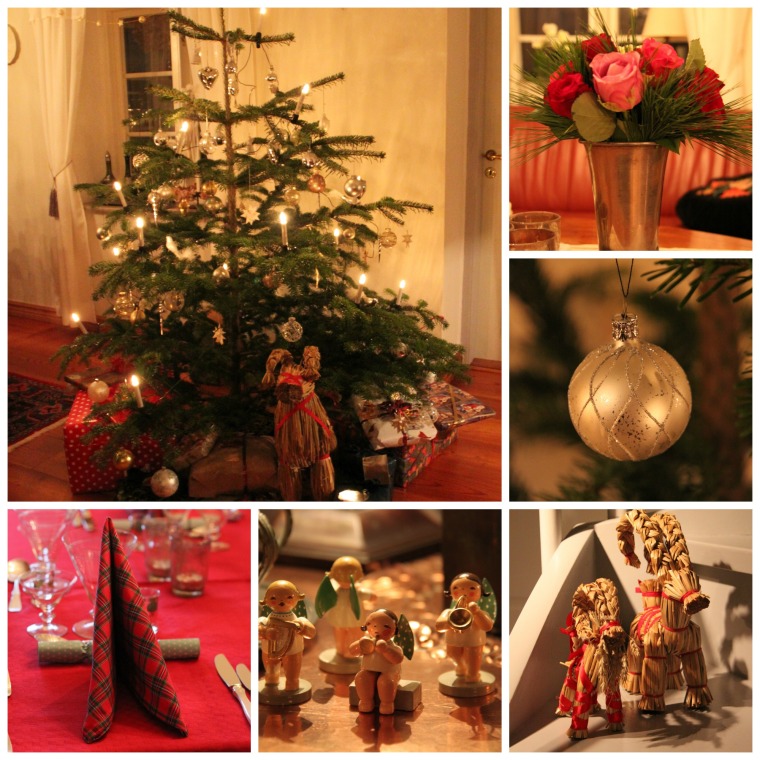 I had two weeks off work during Christmas and it was wonderful spending that much time back home in Sweden. There was a lot of food involved as we entertained and saw friends often for a meal.

At the moment I’m more in the mood for soups and vegetables than three course meals (who knew I would ever utter those words), but I fondly look back on all the nice meals we had during the Christmas break.

We only had traditional Christmas food on Christmas Eve, and we decided that was the perfect amount for our family. The traditional dishes are all rich and stodgy so one day is enough! In the evening we started with a smörgåsbord of cured and smoked salmon, meatballs and sausages, Jansson’s temptation, Christmas ham, brown and red cabbage, bread and cheeses. Thereafter we had salted ling with a warm mustard sauce and boiled potatoes (although I had cod instead) and a seriously rich rice pudding (Ris a’la Malta) with plenty of whipped cream and berry sauce to finish.

The other days we enjoyed whatever we were in the mood for. Mummy made this gubbröra on toast as a starter one day. It’s chopped eggs, anchovies, dill and onions in butter. Very yummy! (Recipe to follow). 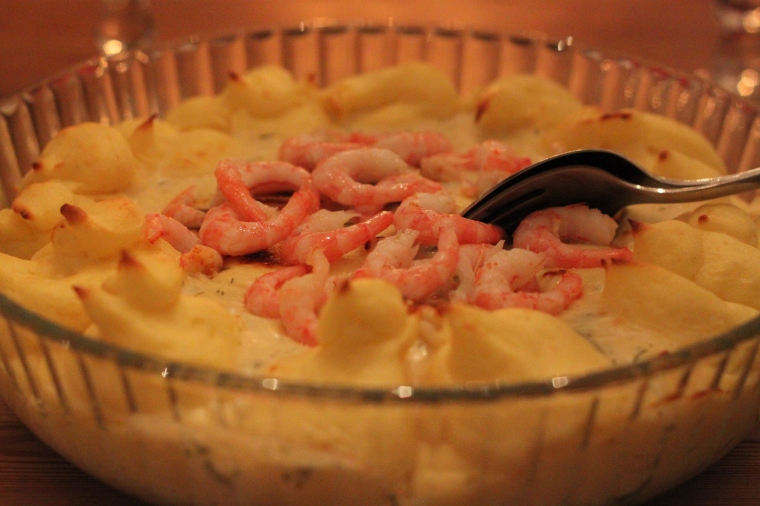 We actually had a lot of fish, like this gratin with plaice fillets and prawns. 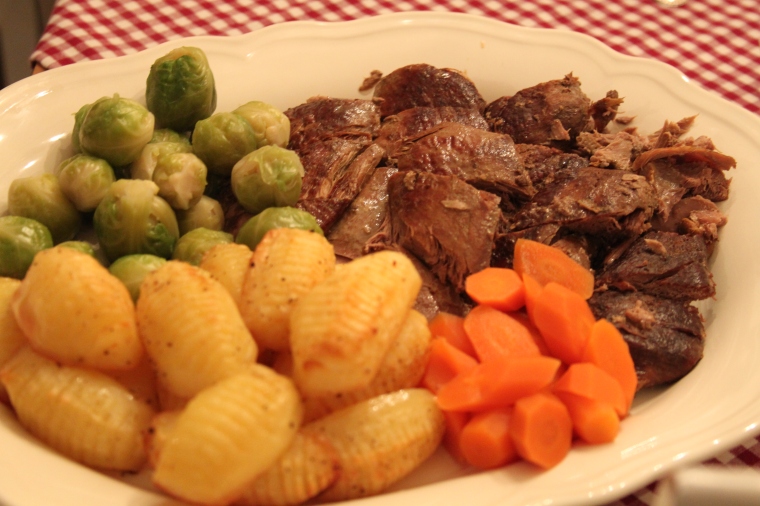 But also a lot of meat, sauce and potatoes. Above seriously tender wild duck cooked by mummy with Hasselback potatoes and Brussel sprouts but we also had rib-eye and bearnaise sauce as well as roasted chicken.

While entertaining we of course had puddings too, like this favourite tarte tatin with ‘raw’ custard. The oven cooks a bit unevenly and we forgot to move it around, hence the colour difference, but it was still very delicious! 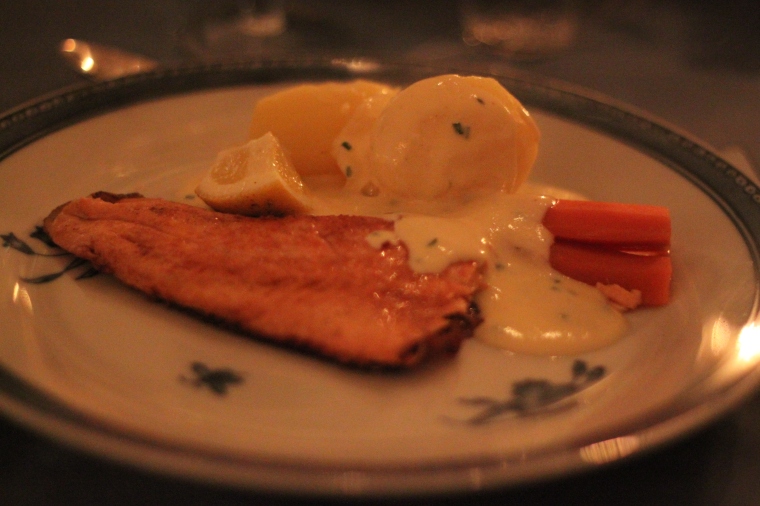 One of the last days we had some more fish as not much can beat fried Arctic char fillets with boiled potatoes and the best sauce for fish ever!

A few days before Christmas and New Year we even had snow, and although I’m not a fan of icy roads and cold temperatures, the garden looked rather pretty clad in white.

Hope you all had a wonderful Christmas break. Happy New Year!